The death of my serial killer father was supposed to free me.
After the horrors of high school my family has reluctantly left me behind to heal from my trauma on my own terms but since my kidnapping I no longer know the girl who stares back at me in the mirror.
The love of my life is avoiding me, desperate to keep me safe, and the man who should hate me won’t stop coming to my rescue. I’ve always known what I wanted but now I’m not so sure.
But the criminal underworld of Mounts Bay never sleeps and with new players on the board there’s all new threats and the stakes have never been higher.
But one thing is for sure.
I would rather die on my feet than live on my knees.

This is the start of a trilogy that is Avery’s story. Of course everyone else will be involved in one way or another so we’re definitely in for a wild ride.

The book begins with Lips, Blaise, Harley and Ash heading out on tour. Ash doesn’t want Avery to stay behind, but she needs the time. Time to come to terms with what happened in the Jackal’s lair, time to figure out what’s between her and Aodhan. She’s also the Wolf’s representative at the meetings of the Twelve and that’s something Atticus/Crow isn’t happy about. Well that and the investigating he’s doing on the the Lily Heart Killer. He thinks it’s the Devil/Nate and won’t look elsewhere.

At that first meeting of the Twelve she and the others find out about someone dealing the Jackal’s drugs, the only difference is the logo has the eyes crossed out in black marker. Something else for Avery to look into.

We find out exactly what happen to her and Aodhan in the Jackal’s lair and who else knows about it. She’s also looking into Lip’s siblings, but the Boar left one out. Avery is following every lead she can in finding out who that sibling is. Then there’s the photos that start showing up.

She also needs more influential people in her pocket and with that in mind she attends a Gala thrown by Blaine Morrison, Blaise’s father. A new player enters the scene at this event.

I’m sipping and glaring at Blaine when I feel a presence besides me, the scent of the Hermes perfume that comes with her screaming money.

I glance over, ready to just tell the gossiper to fuck off, but I don’t recognize this woman.

Perfectly styled blond hair, a stunningly understated Missoni gown, with neutral makeup and a red lip shade that might even be the same as mine.

I meet her eyes right as we’re both finished assessing each other. She smiles at me and there’s a flirty edge to it, something just a little too friendly. “The Galvan was a great choice; it fits the lines of your body perfectly.”

Illi smothers a cough next to me but I ignore him. “I know better than to attempt a Ferragamo nightmare at a gala like this. Missoni is a good choice, a little safe for my tastes.”

Every other woman I have interacted with tonight would have been pissed at that comment but the flirty smirk just widens on her face. “You must be Avery Beaumont. I’ve heard so much about you. How bold of you to bring the Butcher of the Bay so far from home but I suppose you’ve leashed him appropriately. Who knew he could look so good in a suit?”

It’s only through a lifetime of practice that neither Illi or I react. Although we haven’t tried to hide who he really is, we weren’t expecting someone to call Illi out like this and to call that stunning suit of his a leash?

Who the fuck is this bitch?

I let my eyes fall back on Blaise’s idiot father as I sip my drink. “What a shame, I’ve heard nothing about you.”

The woman’s head tilts like she’s being coy and I suddenly feel like I have no idea what is happening here. Is she actually flirting with me? Is this an act? Has she taken a hit to the head and thinks it’s funny to play with people who will murder her without second thought?

“Welcome to the bigger pond, Floss. Take care not to be eaten alive.”

Illi and I watch as she sashays away from us, the target painted very clearly on her back from the both of us because I might not know a thing about the woman right now, but I’m going to know everything about her the moment I leave this gala.

“Is there someone you can call about her? Fuck, I think she wants in you, Queenie. I’m not sure whether that was a sex thing or a blood thing but either way you’re on her radar.”

I shrug and lie through my teeth, mostly to comfort myself. “She’s probably just some bored socialite with a Fed for a husband. Or a high-profile drug lord selling cocaine in back rooms at these sorts of events.”

I smirk at him and we both stand there and watch as the woman works her way around the room. Every person she approaches greets her enthusiastically but every action is laced with fear.

Who the hell is she?

Illi progressively drinks his whiskeys, one after another, and I’m expecting him to actually get drunk but when I mention that to him he rolls his eyes at me. Apparently, he’s like Harley and has a ridiculous tolerance. I slowly sip at the champagne and just people watch, soaking in every last interaction around me until I have a running list to work with.

I don’t see Atticus arrive. I don’t even realize he’s here until he sneaks up behind us from the other end of the ballroom.

“Are you trying to get yourself killed?” he murmurs in my ear, and I sip at the champagne in my hand as though it doesn’t affect me at all.

Illi huffs and crosses his arms over his chest, still as fierce as ever in his suit. I glance over at him but he’s shaking his head.

“And what exactly have I done now? Am I not allowed to speak to people anymore?”

Atticus steps forward and takes the glass out of my hand, setting it down on the table behind us. I glare at him but he ignores it.

“Amanda Donnelley is not someone you own. She’s someone you court to get information from. You pay her, you owe her favors, you kill people at her request so she’ll open her books to you.”

I purposefully keep my eyes away from the smiling banshee of a woman, grinning and giggling as she drapes herself over Blaine Morrison. For that alone, I want to rip her throat out but the words out of Atticus’ mouth just make it worse.

“Is this your way of telling me you’ve been whoring yourself out to her to build your empire? I’m sorry to tell you that I’m not going to play that game. I don’t kneel for anyone.”

Illi murmurs praises under his breath but Atticus’ eyes narrow at him. “You belong to the Wolf. So does your little psychotic guard dog.”

I lean down to retrieve my drink and smirk at him. “We stand with Lips. We always have, being inducted just means that you know where my loyalty lies. If I gave a fuck about the validity of the politics of Mounts Bay, I’d join the Game but I’ll have a seat at any table I want.”

Atticus stares at me for a moment and then steps back to motion at me to follow him, the look on his face expectant and demanding. When I glance back over at that Donnelley hag again, he grabs my arm and tugs me to his side.

Now more happens between Atticus and Avery than talking at the Gala and Avery isn’t letting that stop her from wanting or needing Aodhan.

Plenty of twists and turns in this one, along with bloodshed and interesting discoveries about the Crow part of Atticus.

The OMG ending makes me glad the next book is already out. 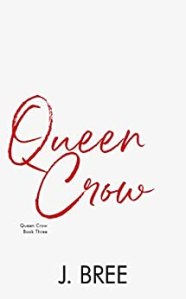 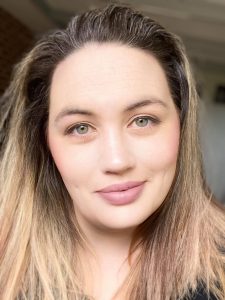