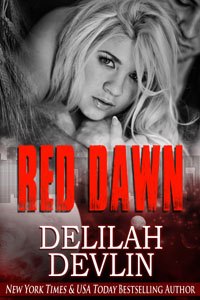 A colonist living on a lonely Martian plain receives her new mate, a man culled from among the newly transported convicts…

So I’m trying to go through some of the books I bought and haven’t had the chance to read and this one came up. I’ve had it for quite a while and it was about time I read it.

The book is set on Mars where a Mars-Tech Company has set up a place to farm and raise animals away from the overpopulated and polluted Earth. Mary had gone through rigorous training to be eligible for this parcel of land she calls home. The package also includes a mate now that harvest is near.

The mates selected for the pioneers would be prisoners looking for a better life than an Earth prison would afford. Mary’s mate would be arriving on the transport today, she just hoped he wouldn’t have a violent nature.

In another time and place, he might have enjoyed the adventure, travelling months to reach this desolate planet, testing his mettle against the elements for his own satisfaction against whatever obstacles arose from living on another world. However, he’d left behind a mess. One he was fated never to repair. Everyone he knew and cared for left behind forever. Lost.

“Your room’s in here,” the woman said, her soft gaze lingering on him.

She likely wondered if he was a half-wit, he’d stood there so long, staring at nothing.

“Drop your bag beside the bed. You can put away your things later. We have work to do.”

Colm said nothing, but stepped past her, making sure to brush an arm against her, just to see how she reacted— see whether her hand would dart to the chip. Her quick, indrawn breath and startled gaze told him a lot. She was every bit as aware of him as he was of her. But her hands remained at her sides. Satisfaction warmed him. Here was something he could work with. Perhaps he could convince her to toss away the chip. And soon. The memory of the sharp pains it invoked, seeming to tap every single nerve with fire and pressure and agonizing cramping, was enough to nauseate him.

A prisoner now, and for the rest of his life, he determined in that moment that he wouldn’t be seen as such by at least one person on this wretched planet.

He dropped his bag beside the narrow cot. As stark as any prison cell, at least the room had a window, although the hardware surrounding it told him there would be no escape. Not that he had anywhere to go if he did manage to slip away.

However, just the thoughts of walking freely in the outdoors, of swimming in the stream he’d seen that perfectly divided fields of wheat from oats, were enough to keep him thinking about breaking out.

“We work until the sun sets,” she said, her voice oddly gruff.

The sweet note it had held when she’d spoken with the commander was gone. But then, from the way the other man had eyed her up and down and given her unsolicited advice, perhaps they knew each other.

The thought bothered him more than he wanted to admit. He was already feeling possessive of his new jailer. “Tell me what needs to be done,” he said, dropping his voice to infer he was ready to do more than labor in the fields. “I’m here to help.”

Her cheeks pinkened, and she turned, bending to pick up a pack on the floor then striding toward the door. “Let’s just make sure water’s making it to the plantings. We’ll walk the fields.”

And walk they did. Colm was amazed at the size of the tract she’d been handed. On Earth, land this rich, this verdant, was so rare only the very wealthiest could afford it. And yet here, as far as he could see, stretched gold and green fields filled with fragile bio-gold.

He and his new mistress carried all-service tools slung over their shoulders, which changed with a click from a shovel head to a pick, depending on the need. At mid-day, she unearthed crusty protein wafers and bottles of fresh water from the bottom of her pack.

He grimaced at the stale taste, but did have to admit the food satisfied his growling belly. Then back to work they went, with the woman walking between neat rows to inspect plants for wilt or disease, although every grain brought to Mars had been specially engineered to suit the soil and climate.

“That’s odd,” she whispered, bending closer to one wheat stalk. She tipped it with her finger and drew away with a small insect perched on the tip.

Peering over her shoulder, he noted the frown bisecting her brow. “A ladybug?”

“This insect’s not scheduled for release. It shouldn’t be here.”

Colm shrugged. “Perhaps it stowed away with the seeds when they were shipped.”

Still staring at the tiny round bug, she shook her head. “Makes me wonder what else might have. I’ll have to report the sighting.” She tucked the insect deep into her pants pocket.

“Do you really think the company can control every element of this world?”

“They have to try,” she said softly. “There’s a fine balance here, between all elements of the environment.”

“Is there no room in these plans for surprises? For a natural progression?” Her head canted as she studied his face. “You’re an odd man, Colm. Everyone knows the dangers imminent when things and people are given free will.”

Colm breathed deeply, pulling his gaze from her curious one. He knew she wondered about him, where his loyalties lay.

Phobos rose large on the horizon. She glanced toward it, shielding her eyes as the sun peeked around the edges of the asteroid. “That’s the last orbit for the day. We should head back before night falls.”

Colm’s body tightened. His own indoctrination had included training to please his new master. After all, farmers must be kept happy. He wondered if she would avail herself of his training tonight or would opt to get to know him better first.

He tamped down his excitement, but already blood surged southward, thickening his cock. A chance to lie with her, to lose himself in lust, was too tempting a thought. Could he tempt her to forget her natural reticence? “I’m trained, you know. I could give you a massage. Draw your bath…”

Her head swung his way, green eyes narrowed. “Let’s get this straight. I don’t need a servant or a sex worker. I need a partner. You aren’t obligated to pleasure me. So long as you pull your own weight, I’ll be satisfied.”

He suppressed a grin at her terse tone. “And what if I have needs, ma’am?”

Her jaw clenched. “You have a hand. Use it.”

She stomped away, but he couldn’t help smiling. He’d noted her heightened color. He’d shocked her. Now, she was thinking about the coming night and all the delightful possibilities.
Delilah Devlin. Red Dawn (Kindle Locations 118-164). Delilah Devlin.

This is a relationship that starts to sizzle almost immediately and then a sort of friendship begins.

I loved this short, it had laughter and tears with some kindle melting heat.

Up until recently, award-winning author Delilah Devlin lived in South Texas at the intersection of two dry creeks, surrounded by sexy cowboys in Wranglers. These days, she’s missing the wide-open skies and starry nights, but loving her dark forest in central Arkansas with its eccentric characters and isolation–the better to feed her hungry muse! To Delilah, the greatest sin is driving between the lines because it’s comfortable and safe. Her personal journey has taken her through one war, many countries, cultures, jobs and relationships to bring her to the place she travels now–writing sexy novels that hold more than a kernel of autobiography and often share a common thread of self-discovery and transformation.