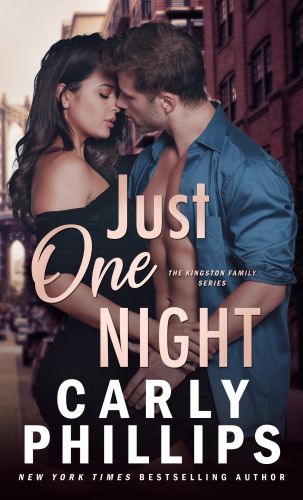 She’s the woman he can’t live without.

The one he can’t risk screwing up their relationship with sex.

Linc Kingston doesn’t accept anything less than perfection. Not in his billion-dollar business or in his personal life. He has it all. Except one thing. His personal assistant and best friend in his bed, moaning his name. No matter how much Linc wants her, she’s completely off-limits.

Jordan Greene grew up the daughter of the housekeeper at the Kingston estate, where she met and bonded with Linc at a young age, despite their economic differences. But no matter how close they are now or how much their attraction simmers beneath the surface, they’re still from two different worlds. Besides, Jordan isn’t about to risk losing her best friend for one sensual night.

Jordan might be the only woman who can handle Linc and his domineering, bossy attitude, but beneath that gruff exterior is a vulnerable man who, despite his wealth, has had a less-than-charmed life

And when Linc’s father dies, she’s there for him—unwavering in her friendship.

Until one night of passion and a positive pregnancy test changes everything.

When Kenneth Kingston died, Linc started going through all his papers both personal and relating to business. What he found was the evidence of paying his ex secretary to take care of and keep their child a secret. When Linc can’t find her he hires a PI. What he finds horrifies him, apparently the girl had ended up in foster care when her grandmother died. Neither her mother or his father did anything to prevent it.

We met Aurora in Dare to Stay, she’s staying with Braden Prescott’s girlfriend Willow and works for Austin at Dare Nation. It’s her job there that enables Linc Kingston to find her. Now Linc is heading to Florida to meet her and hopefully bring her home to New York. His brothers Dash and Zander and his sister Chloe are in agreement that Aurora is entitled to an inheritance and they want her to be a part of their family.

Jordan Greene is Linc’s best friend and his personal assistant. She grew up with the Kingston’s but not as an equal. Her mother was the Kingston’s housekeeper and she was graciously allowed to play and do homework with the Kingston siblings. She’s always had feelings for Linc but her mother is forever reminding her she isn’t in his class and any relationship other than business would only bring heartache.

Linc relies on Jordan for many things in business, she’s able to anticipate what he needs and spur of the moment plans are made and confirmed quickly and efficiently. He’s also more than a little in love with her, but has been afraid to take a chance and possibly lose her friendship. Jordan’s a bit surprised that he wants her to come with him on this trip to meet his half sister but really has no reason to say no. Even though they shared a kiss when he showed up a tad drunk the night before.

Once they hit Florida, Austin puts a temporary halt to Linc’s plan to meet Aurora, he wants to prepare her for this meeting. Linc grudgingly agrees to wait for his call. In the meantime things heat up with him and Jordan and now he’s afraid it might be a mistake.

The meeting with Aurora goes well and she needs to process the information and get to know Linc better before making a decision to travel to NY. There’s also her pregnancy to consider when it comes to flying, so she has a week. It’s when Jordan joins them for breakfast the next day that she helps Linc understand a bit about how Aurora is acting.

Linc left the next morning to pick up Aurora. Jordan stayed in the room, getting ready for the day. They were each doing their best to find their normal footing with one another after their incredible night together, and it wasn’t easy. The current awkwardness had never existed before, and he hoped Aurora’s arrival would be the icebreaker he and Jordan needed.

Aurora had been chatty on the ride to the hotel, asking questions about New York, the city, where Linc lived, and whether the rest of the family was as eager to meet her as he’d been. He assured her they were.

Jordan joined them for breakfast at a table in the restaurant located off the main part of the lobby. They approached the table, and Jordan greeted them with a smile. She rose and stepped forward to say hello to Aurora.

As she stood, Linc took in her outfit. A cute ruffled skirt hit above the knee, revealing her long legs, a pop of hot-pink polish looked bold and cute on her toenails, and a white tank top hugged her curves.

He drooled at the sight of her, her hair pulled off her face with a headband, putting his focus on her bright pink lips. He groaned and shook his head, wondering if she was torturing him on purpose or if he was just now noticing every little appealing thing about her.

“Aurora,” Linc said, his hand lightly on her back. “This is Jordan Greene, my … best friend and personal assistant.” He nearly stumbled over the description and couldn’t figure out why when the lines had always been so clear before.

“I am so happy to meet you,” Jordan said, pulling Aurora into an awkward hug due to the size of her belly.

When Aurora pulled back, she had a wide smile on her face, obviously thrilled with the warm welcome. “Same here.”

“Let’s sit.” Jordan gestured to the chairs and they each settled into one. “I thought you’d be more comfortable indoors with air conditioning than outside in the heat.”

Aurora nodded. “I hate getting hot and sweaty, especially now. I’m so uncomfortable.”

“I can only imagine.” Jordan smiled, and only Linc knew Aurora’s comment had brought up painful memories.

Jordan really had no idea what it was like to carry a baby to term and feel the things his sister now did, and Linc understood Jordan’s unexpressed pain.

“So what does everyone want for breakfast?” Linc asked, determined to lighten the subject.

Aurora opened the bound menu and scanned the page, her eyes widening before slamming the book closed.

Linc shot Jordan a concerned glance, and she gave him a slight shrug.

“Aurora? What are you having?” he asked.

“But you told me in the car you were starving.”

Jordan cleared her throat. “Well, I am hungry and I can’t decide what I want. If I order pancakes and scrambled eggs, will you share them with me?” she asked Aurora.

His sister’s eyes lit up. “Are you sure?”

“Definitely.” Jordan shut the menu. “Linc? What are you having?”

“A vegetable omelet and bacon,” he said, wondering what he’d missed.

“I’ll be right back,” Aurora said, rising from her seat and heading toward what looked like the restrooms in the back.

Linc glanced at Jordan. “Can you explain?”

She nodded. “The prices on the menu freaked her out, and she didn’t want to order anything.”

He narrowed his gaze, his stomach churning at the possibility Jordan was right. “How did you know what was wrong?”

A soft smile lifted her lips and she leaned forward. “Because I remember the first time you insisted I come with you for lunch to some fancy place you usually went with your family. I took one look at the menu and said I just wanted French fries.”

He stilled, recalling the day clearly. “I believed you,” he said, horrified by his privilege and ignorance.

“You had no reason not to.”

He shook his head, suddenly understanding so much more about Jordan’s take on his life and their different upbringings.

“At least now I have an idea about what to look out for with Aurora. I don’t ever want her feeling uncomfortable.” As he met her stare, regret filled him. “I never wanted you to feel that way either.”

She reached out and curled her fingers around his hand. “You can’t control everything, Linc. No matter how much you want to. Or how much money you have. As for Aurora, some things are going to take time.”

He let out a frustrated groan, but before he could reply, Aurora returned to the table and they enjoyed their time together. They took a walk down the beach and talked before Linc returned her home.

The rest of the week passed quickly, including the football game. Braden had managed tickets for Linc, Jordan, and Aurora, and they’d all had fun. Eventually Aurora agreed to come to New York with them. She understood how much easier her life would be around family and people determined to help her both emotionally and financially. As much as she loved the Prescotts and Willow, Aurora had a deep-seated need for family.

Another plus, Aurora and Jordan had formed a fast bond, and Linc was glad Aurora would have someone she already knew and liked to rely on once in New York. But what was good for Aurora wasn’t helpful to Linc. Having Aurora to focus on meant Jordan was able to avoid dealing with him and their relationship.

And he had no idea what to do about it.
Carly Phillips. Just One Night (Kindle Locations 901-945). CP Publishing.

Of course once they return to NY, things change a bit but Jordan is conflicted and Linc decides he really wants a relationship with Jordan.

Aurora is a sweetheart and everyone is helping her get adjusted not only to being in NY but also in planning for the baby.

This is a delightful read, with laughter, tears, and a relationship that sizzles off the pages. 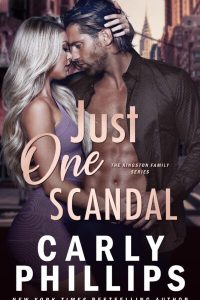 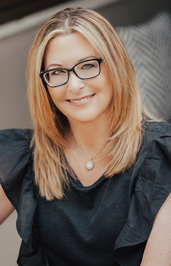