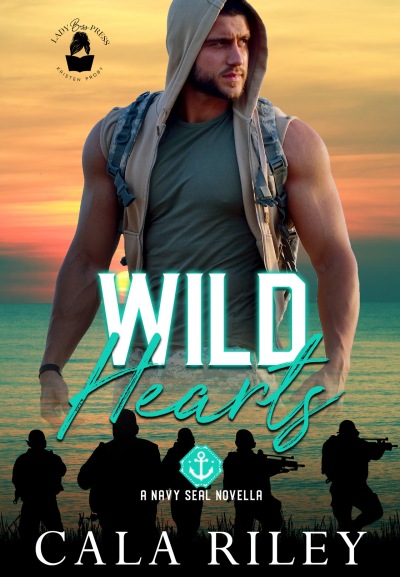 Shane wants it all. She wants marriage, kids, and the white picket fence.

She can’t seem to find a guy to accept her for who she is. Instead of make-up and fake eyelashes, she is all about the adventure of skydiving, whitewater rafting, and anything between. Then she meets Mick. He’s different from the rest. He isn’t looking for a barbie to mold. Could he be the fairytale ending she has always looked for?

As a seal, Mick is always on the move. In and out of war zones, seeing the worst in the world. He promised himself that he would always say yes to the adventure. Always answer that call.

When his seal brother needs help at home, he goes to offer a hand. What he didn’t expect was the feisty little thing running the family adventure business. Or the feelings she seems to invoke within him. Is he truly ready to slow down or are they destined for heartache?

Note:
Wild Hearts is part of Kristen Proby’s With Me in Seattle Universe.

This book opens with Aiden ‘Mick’ McKenzie and Josh ‘Striker’ Pierson on a training mission. They are about to jump and Striker is not himself. He’s restless and thinking hard.

Apparently his sister Shane who runs the family ranch and adventure business is having trouble finding help for the summer months. Things on the ranch are getting behind including repairs. Striker is going to take a month leave to help her and immediately Mick offers to come give a hand.

Mick is also getting ready to leave the teams, he hasn’t given a whole lot of thought to what he’s going to do once he’s out. He figures he can figure it out later.

When they touch down in Rifle, Colorado Striker’s best friend Luke meets them at the airport and Mick gets an amusing string of texts from his family. When Mick first walks into Striker’s family home he feels a kind of rightness not only of the place but also within himself.

Of course Striker didn’t tell Shane he was coming home so the first glimpse Mick gets of her is all messy and sweaty from a day of hiking with a gun in her hand.

Shane is struck by how good looking Mick is and really wants to get to know him better. She’s also friends with his mother. Mick’s mom Nina found Shane’s number in Striker’s room during one of her cleaning and stocking the fridge visits to their apartment.

I love the way this story progresses, from Striker’s reaction to Shane and Mick beginning a relationship. To all the amusing interactions with Mick’s family.

Of course not everything is going to run smoothly, but SEALs never give up.

Cala Riley, better known as Cala and Riley, are a pair of friends with a deep seated love of books and writing. Both Cala and Riley are happily married and each have children, Cala with the four-legged kind while Riley has a mixture of both two-legged and four. While they live apart, that does not affect their connection. They are the true definition of family. What started as an idea that quickly turned into a full-length book and a bond that will never end.