Fallon returns to Africa and Bullard’s home base to follow the only active lead they have in their hunt for their plane saboteur. Once home, Fallon finds Dave, Bullard’s right-hand man, heading out to check on a lead for Bullard, and Dave’s niece, Linny, is home for a visit. Fallon and Linny have shared both good and bad moments, as the two of them dance around a long-term attraction—which Fallon refuses to pursue, not wanting his relationship with Bullard and the crew at the compound to change.

Linny plans to confront Fallon but instead finds an old beau dropped dead on the front steps of the compound, considered her second home. Uncle Dave is everything to her, and Bullard sent her to medical school, yet it’s Fallon she keeps coming back to see.

As her world implodes, the same issues facing Fallon take a turn for the worse… putting them all in danger.

Fallon returns to Africa just as Dave is getting ready to leave following a possible lead on Bullard.

Dave’s niece Lindsey is there on vacation from medical school and would be taking over his duties while he’s gone. Well she would keep the guys fed anyway and treat any injuries that may occur. Fallon isn’t thrilled over ‘babysitting’ but Lindsey isn’t a child she’s a doctor preparing to specialize in surgery. Quinn is meeting Fallon and it turns out he arrives in time to take Dave to the airport so Linny as he calls her isn’t left alone.

There’s been some strange things going on with the alarm system and when it goes off for no apparent reason, Fallon becomes suspicious. As Quinn and Fallon start looking into it, they start wondering if someone might think Lindsey is there alone. When they question her she relates about the creepy, with the guy who always seems to know when Lindsey comes to visit.

“There’s nothing to explain,” Lindsey said. “If it was important, I’m sure Uncle Dave would have mentioned it to you.”

“Well, that certainly gets our interest,” Quinn said.

She shrugged. “Last time I was here, there was that guy— remember him?”

“If that’s the one you’re talking about, that was a few years ago, wasn’t it?” Fallon asked.

“Well, that’s when it started, but he always seems to know when I come into town.” She shrugged. “In the beginning, it was kind of flattering.”

“And now it’s obviously not,” Fallon said, crossing his arms over his chest.

She could already see his anger vibrating, just at the edge of his frame. “No, it’s not,” she said. “But it hasn’t gotten particularly bad either.”

“Okay, so how bad has it gotten?” Quinn asked.

“He just won’t take no for an answer.”

“Come on,” she said coolly. “It’s not like he’s attacked me or anything.”

“He usually texts me or calls,” she said. “Uncle Dave changed my number before I came over here, so the guy can’t see if I’m in town. Because we were trying to figure out how he always knew when to call.”

“Yeah, that’s a good question. So how does he know?”

“Uncle Dave figured that he had some kind of alert set up, whenever I hit town.”

“Well, that’s fairly dedicated,” Quinn said, sounding surprised. “Outside of keeping watch on the compound, I’m not sure how he’d do that.”

“It’s also fairly creepy,” Fallon said. “Does Dave realize that something happened, since you came back?”

“Yes, but we thought we fixed it,” she said. “I didn’t think it had anything to do with the security system.”

“Well, I don’t like the sound of it either way,” Fallon said, firming his jaw.

She stared at him. “It’s got nothing to do with you anyway.”

Quinn whistled at that. “Well, if that wasn’t guaranteed to get his goat, I don’t know what else would.”

She glared at him. “It’s got nothing to do with either of you. He’s just some guy who’s got it in his head that I’m supposed to be somebody special to him, and he’s wrong.”

“But some people get it in their head,” Fallon said, “and unfortunately you’ve not shaken him loose, no matter what you tell him.”

“So I’m supposed to just let this guy dominate my life or what?”

“Obviously we would have preferred that it not go down that way,” Fallon said. “But a stalker like this can be very dangerous. And, if he’s doing something to the security system, then that’s even more dangerous.”

“Do you know what he does for a living now?” Quinn asked.

“Last I knew, he was doing IT for a gold mine or something over here, working at one of the older mines,” she said, with a shrug.

“An IT background is a little more concerning,” Quinn said. “I think I’ll take a walk around, take a closer look at that box he left behind, and see if we’ve got anything else happening.”

“Sounds good,” Fallon said. “Maybe take a bug detector too, to see if he’s somehow gotten into the house.”

“You think?” Quinn frowned. “I guess, with less of our team here, it’s possible.”

“In theory,” Fallon said, “he could have shut down the security and come in at any point in time when he thought it was empty. Then he could have done whatever he wanted.” Fallon turned and looked at her.

“When did you get here?”

“Within an hour of my arrival,” she said in a dry tone. His eyebrows shot up, and she nodded. “I have no idea how he knew. Neither did Uncle Dave. He wasn’t real happy about it, but he had a talk with the team, and they just laughed and said it wasn’t any of them.”

“Uncle Dave gave him the warning of his life. The guy said somebody hacked his phone. Anyway, Uncle Dave didn’t consider the guy much more than an overzealous admirer.”

“He wasn’t really worried about it?” She nodded. “So,” Fallon continued, “if we told you that he had completely screwed with the electronics system so he could get in and out of the compound whenever he wanted, how would you feel?”

“I would hope so. The fact of the matter is, it looks like somebody has access to something we don’t really want them to have access to, and that’s a concern. Because, if he can get in and out, you could be sound asleep when he comes next.”

In the end, Quinn jumped in and added, “Remember. He probably saw me leave with Dave.”

She looked at him, chewed on her bottom lip, and she thought about it. “Do you think he’s planning on coming in tonight?”

“I don’t know what his plans are,” Fallon said. “But I think it’s something that we have to assume is possible and be prepared for it.”

“In that case,” she said, “maybe we shouldn’t remove whatever he put in place and use it to trap him instead.”

“I like the way she’s thinking,” Quinn said, with a big grin.

“But listen,” she said. “You can’t just assume that this guy is nothing more than a lovesick stalker because I haven’t had any relationship with him.”

“And that’s possible,” he said, “but it could also be exactly as it seems.”

“No doubt about it,” he said. “But that’s how these stalkers can be. They get a very narrow focus, and nothing else is important in their world but getting the object of their desire.”

“I really don’t like the way you said that,” she murmured.

“Maybe not, but maybe it’ll keep you safer if it keeps you more aware.”

She shrugged. “Or you’re just making too much out of it,” she said lightly. But inside she knew that they weren’t, and she realized this could be a serious problem. “Maybe I’ll just go home early,” she said, with a shrug.

“Well, you could, but then he’ll just wait until you come back again.”

“Once I go back, I could be there for years,” she said.

“And yet you’re so close to Dave. So, chances are, you’ll come back and see him on a regular basis. Do you really want to deal with this every time?”

She sat here, tapping the counter, watching the ice cream melt. Finally she put away the ice cream and said, “You guys should eat.” And she handed off the desserts.

“Do we get dinner first?”

Neither of them argued, and they both quickly sat down and ate their pie in front of her.

She had a small piece, but her mind was consumed with the problems at hand. “I haven’t had anything to do with him,” she murmured. “I don’t understand why he’d even care.”
Dale Mayer. Fallon’s Flaw (Kindle Locations 374-434). Valley Publishing.

The next thing we know that creepy guy is dead at the front gate.

With it just being Fallon and Quinn, Linny has to stay close. What they discover is more than a simple stalker.

Plenty of suspense and intrigue in this, as Dave checks out folks that have been pulled out of the ocean. It turns out to be more than just one lead it’s several in different locations.

The attraction with Fallon and Lindsey is explosive and this time she’s not going to let him get away.

We are getting closer to finding Bullock, yet not. I really can’t wait for the next book in this series! 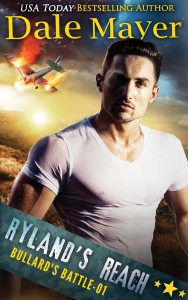 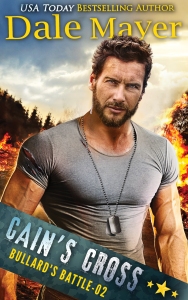 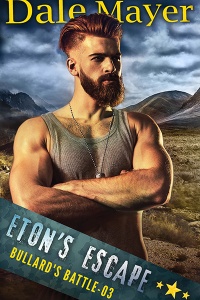 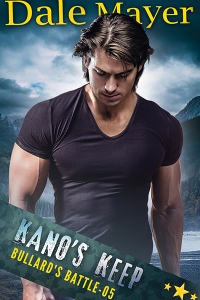