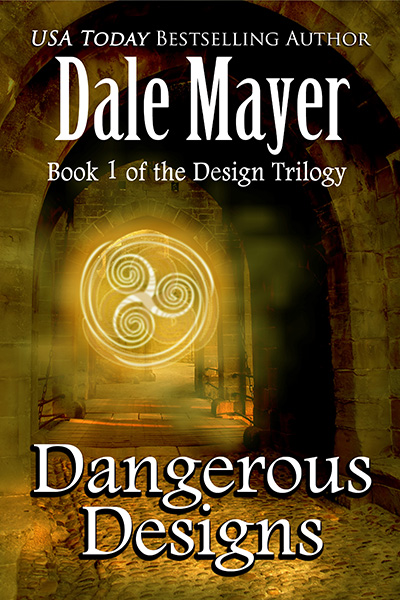 Drawing is her world…
but when her new pencil comes alive,
it’s his world too.

Storey Dalton is seventeen and now boyfriendless after being dumped via Facebook. Drawing is her escape. It’s like as soon as she gets down one image, a dozen more are pressing in on her. Then she realizes her pictures are almost drawing themselves…or is it that her new pencil is alive?

Eric Jordan is a new Ranger and the only son of the Councilman to his world. He’s crossed the veil between dimensions to retrieve a lost stylus. But Storey is already experimenting with her new pencil and what her drawings can do – like open portals.

The stylus is a soul-bound intelligence from Eric’s dimension on Earth and uses Storey’s unsuspecting mind to seek its way home, giving her an unbelievable power. She unwittingly opens a third dimension, one that held a dangerous predatory species banished from Eric’s world centuries ago, releasing these animals into both dimensions.

Once in Eric’s homeland, Storey is blamed for the calamity sentenced to death. When she escapes, Eric is ordered to bring her back or face that same death penalty. With nothing to lose, can they work together across dimensions to save both their worlds?

This is book 1 in the series and ends on a hook that is picked up in book 2.

Story Dalton is reflecting on the loss of her boyfriend Jeff as she stomps through the woods. She’s kicking rocks and finally getting the release she needs. She’s about to kick yet another large rock when she spies something next to it, a pencil, delighted she picks it up. She loves to collect pencils finding value in what others toss away.

Once she picks up the pencil she find she has even more desire to draw. She spends every waking moment with the pencil sketching her teachers notice and so does the new boy at school.

Storey spun around but continued to walk backwards. A tall man in black was walking up behind her. She frowned and reassessed her first impression. Not a man, a teen on the brink of adulthood. And one oddly familiar. Right. He was the new kid at school, a rare enough event that it caught even her attention. She’d caught a glimpse of him in the morning, navigating through the hallways. Tall and slim, dressed in black from top to toe, even his short hair matched, giving his white skin a bleached look in contrast. He’d make a perfect vampire.

She couldn’t help but smile. “Hi.” For the life of her she couldn’t remember his name. Her eyes locked on his square jaw, deep forehead and blazing blue eyes. His face would be hard to forget.

A lopsided grin slipped out, fascinating her.

“I’m Eric. You probably don’t remember me. I just started at school today.” He fell into step as she continued on her way.

“This is your first day and you know my name.”

“I recognized a fellow artist in the first class we shared and…” His smile deepened. “Your name would be hard not to know after the number of times I heard a teacher call it out today.”

“Oh.” Heat crawled up her face. Her stride stretched out, making him increase his pace to keep up.

“Sorry. Didn’t mean to upset you.”

Surprised, she shot him a quick sideways glance. “You didn’t. Everyone knows I spend most of my time caught up in my art. Getting yelled at is no big deal.”

The same grin flowed in her direction. She watched, captivated at how his face changed with his moods. Her fingers itched for pencil and paper. His voice was striking too, gravelly with a sense of humor lurking just beneath the surface.

“What? Am I wearing my lunch on my face or something?” He swiped his chin self-consciously.

Her eyes widened. “Sorry. I didn’t mean to stare,” she muttered and walked even faster.

“Hey slow down, we’re not racing anywhere. And you’re tall, but I’m taller.”

Confused, she slowed down, sliding a sideways glance his way. “What does height have to do with it?”

Yeah, he was weird. “You don’t have to walk with me at all.” She couldn’t help but point that out. Give him a chance to beg off and go his own way. It was kind of hard to believe he was still there in the first place.

She snorted. “And why would you want to do that?”

This time there was no holding back the look of disbelief. “And you like dark art?”

“Yup. It’s cool.” They came to a corner. “This is where I turn off. I live just down there.” In spite of herself, Storey looked in the direction he pointed. He lived close to the old mine. Not the most affluent area of town. Still, it wasn’t loser city like where she lived.

“See you tomorrow.” He waved and walked away.

Storey crossed the road, watching as his lanky frame disappeared in the distance.

What was that all about?
Dale Mayer. Design Trilogy (Kindle Locations 183-190). Valley Publishing.

Eric Jordan is not just the new boy at school, he’s much more than that and Storey is about to find out her new pencil is more than a pencil.

Another dimension and her pencil is called a stylus, but it contains memories. Many questions and the council where she lands with Eric isn’t receptive to her presence or her gaining knowledge.

A bit of a cliffhanger but I bought the trilogy so I can just continue on with the next book. 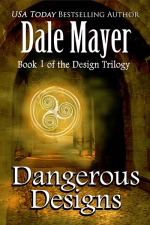