After her assault one year ago, Brooklyn Wilde left her husband and her nursing career to return to her family circle in Candlewood Falls and heal her broken soul. A stranger arriving at her door in the middle of the night turns her world upside down, because he isn’t any stranger. He’s the man who went to prison for killing her uncle.

Caleb Ransom accepted his life sentence to wander from town to town without a family or a home. Even though he was wrongly accused of murder and released, suspicion hangs over him like a bank of rain clouds. Only Brooklyn sees the man he truly is, and he falls hard for her.

But someone in Candlewood Falls has different plans for these two and will stop at nothing until Caleb disappears. As long as they are together, lives are at stake. They will have to find the person determined to destroy them before it’s too late or lose the thing they have wanted all along – deep rooted love.

The last person Brooklyn Wilde expected to see pounding on her door at midnight was Caleb Ransom. Battered and bruised from being run off the road on his motorcycle, Brooklyn helps him clean up and puts him to bed.

He had been charged with her uncle’s murder and sent to prison. He spent two years there before he was released on a technicality. The thing is he didn’t kill anyone, he found the body and the circumstantial evidence put him away. Brooklyn never believed he did it but unfortunately most people in town did.

When her brother Brad shows up in the morning, he isn’t pleased that Caleb is in town let alone in his sister’s home.

She had done his laundry and retrieved his bike from the road too. He couldn’t remember the last time someone did so many nice things for him in the same twelve hours. “Thanks for helping me out. I think I was more exhausted than injured at that point. It had been a very long day.”

He had been driving for hours and hadn’t eaten most of the day. He had needed to get to Candlewood Falls before the day ended. He never missed the anniversary of his mother’s death. He would drive from wherever he was holed up to bring flowers to her grave and sit with her awhile, talking. She had always made time for him, listening to anything he wanted to talk about even when he was in jail. Working on no sleep to get to her gravesite was the least he could do for his mother.

“Well, if nothing else eat something before you go. I mean, you’re still going, right?” She moved to the stove and scooped eggs onto a plate. The tea kettle whistled through the room and rattled his head.

“I think that’s what your brother wants.”

She placed the plate on the table. “Eat. I don’t care what my brother wants. I am tired of caring about what other people want.” She leaned against the counter and crossed her arms over her chest.

She could stop time with her long hair, high cheekbones, and petite frame. She had always been pretty, but her beauty had matured since he saw her last. Her eyes were no longer wide with innocence. He could suspect the dark circles were from her being up all night taking care of him, but something told him, maybe the mature knowing that had settled in her gaze, or better yet the shotgun she had come to the door with, that even Brooklyn had seen the tougher side of life.

“I can agree with not caring about what other people want, but I don’t remember you being that way.” The smell of the eggs in front of him and the bread in the toaster taunted his empty stomach.

He sat at the table, wanting to prolong this visit after all. Finding Brooklyn here was a nice surprise and with a motorcycle in no condition to drive, his hurry to leave could wait until after breakfast.

He was right then. She had been through some tough times. The idea of her struggling made his heart hurt. He never would’ve wanted that for her and hoped he didn’t hold much of the blame.

“When did you come back to Candlewood Falls?” He stabbed at the food with a fork and kept his gaze on the plate. The eggs were warm and buttery with a hint of salt. She had added mushrooms and spinach. The best damn eggs he’d had in a long time.

She poured tea into one mug and coffee into another for him. She took the seat opposite his, holding holding the mug in front of her like a shield. “About six months ago. My husband and I split up.”

“I’m sorry to hear that.” He mopped the egg up with his bread. He tried to control himself from licking the plate. He wondered what had happened that would have her husband leaving. Brooklyn had a lot to offer. Or least she had when he knew her well. She was kind when others were cruel. She always wanted to save a stray cat or let a spider back out into nature. She could pull laughter out of him at times when it seemed like he might never laugh again. Maybe the husband hadn’t appreciated her honesty. “Your ex-husband is pretty stupid if he let you go.”

Her hand fluttered by her neck. “Thank you. That’s nice of you to say. But believe me, I’m not sorry the marriage ended. It was time. Why are you in town? You don’t live here. I would’ve seen you, if you did.”

Candlewood Falls was a small town, but not so small you bumped into everyone every day. Did that mean that she had been checking for him? That idea filled his chest with something pleasing. Don’t go getting sentimental. It causes trouble. He rubbed his fist into his sternum until the sensation went away.

“I was passing through.” He had foolishly thought it would be okay to stop at Murphy’s just one time. He had been exhausted like he had said. He had only wanted an hour before he had to begin the ride to the next town with no name where he would check in to another nameless motel and begin the search for a job. He should never have stopped no matter how tired or lonely he might have been. If he had left the cemetery and drove out of town unnoticed, whoever had followed him and nearly killed him would never have seen him.

He was certain he had been followed, but he hadn’t noticed anyone in Murphy’s who would still want him dead. Sure, there were plenty of people in this town who still hated him, Brad Wilde being one of them. He had chosen a table in the dark corner, corner, and he sat with his back to the wall so he could watch the door. And still had missed an emissary.

“Passing through to where? Is it someplace far from here?” Her voice dragged him back to her bright kitchen and away from the dark interior of his thoughts.

“Why? Are you looking for a new place to live?” He smirked at his own stupid joke, but Brooklyn’s face stayed impassive.

She pushed out of the chair and went to the window. “Maybe. I don’t know where I belong anymore. I’m trying to figure it out, anyway.”

He hadn’t expected such an honest answer, but he should from her. He could relate. He had lost everything, including his freedom for two years. Since his time in prison, he didn’t belong anywhere. He couldn’t put down roots because eventually people wanted to know about his past. That was not a story he ever shared.

“Thank you for breakfast and for a place to sleep. I need to get out of here and see if my bike can be fixed.” He needed some air too. Being near Brooklyn and getting dangerously close to the feelings that have choked him for years was more than he could take in two days. He just wanted to get on his bike and drive until the place and the woman that haunted him were miles behind him.

She flinched at his sudden movement from the table. “Oh. Are you sure? Do you want to call a tow truck or something?”

“No, thanks. I can probably get it to work.” He sure as hell hoped he could. At least work well enough to get him to the next town. Then he could find a mechanic who knew more than he did.

“Take care of yourself, Caleb.” She smoothed her hands over her legs.

“You too.” He averted his gaze and grabbed his duffel. The eggs sat like

lead in his stomach. He forced himself not to look back when the screen door slapped shut behind him.
Wilk, Stacey; Falls, Candlewood . Taking Root (Hometown Series Book 1) (Kindle Locations 250-285). Stacey Wilk. Kindle Edition.

A closer look at his motorcycle tells him he’s not going anywhere for a while. There’s a lot more damage than he thought.

At the garage he gets the bad news it will be a couple of weeks to get the parts and fix it. Caleb is about to call an uber and get a motel room, but he’s stopped by Brooklyn, who insists that he should stay with her. Although it’s her grandmother Cordy’s home, Brooklyn is living there and helping take care of the alpacas. She’s certain Cordy wouldn’t have any objections, she always believed Caleb was innocent. She would call Cordy, who’s away on a vacation, just to let her know about their unexpected guest.

Things start heating up from the moment that decision is made. Caleb is attacked in a parking lot and threatened, then someone ransacks the alpaca’s barn.
Cordy also makes a decision to sell the farm but doesn’t offer it to Brooklyn, but to Brad. Brad will tear everything down and plant more apple trees, Brooklyn wants the farm to stay as it is.

I really loved this story, there’s a lot going on, with plenty of suspense, romance and a bit of sizzle. 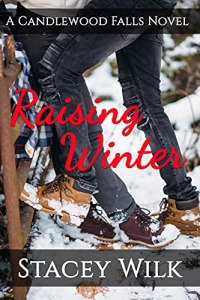 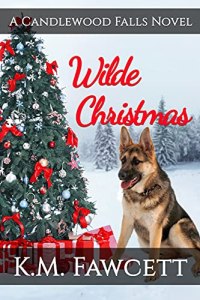 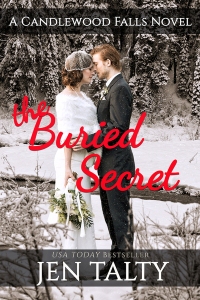 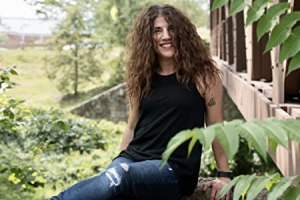 From an early age, Stacey Wilk told tales as a way to escape. At six she wrote short stories in composition notebooks, at twelve she wrote a novel on a typewriter, in high school biology she wrote rock star romances in her binder instead of paying attention.

But it wasn’t until many years later, inspired by her children and a looming birthday, that she finally took her story-telling seriously. And published her first novel in 2013. Since then, she’s gone on to publish fourteen more so women everywhere could fall in love and find an escape of their own.

She isn’t done telling stories. Not by a long shot. If you want to read her emotional and honest books about family, romance, and second chances.