Baytown Boys…
Military duty called them away to war zones, but after tours overseas, the group of friends found their way back home as men, seeking the peaceful little seaside town. Now, the band of brothers, together once more, work to provide a place for less fortunate veterans to call home.

He’d known poverty… but overcame the odds to become the Chief of Police of a tiny beach town.

Milly Addair needed a place to hide and heal.

Opposites attract, but can it last? When the world she left behind comes looking for her, will Wyatt be able to protect her life and her heart?

The beginning of this book showcases a terrible incident that causes our heroine to eventually relocate.

Millie Adair has no intention of leaving her rental home or interacting with any of the residents of the small town of Manteague on the eastern shore of Virginia.

Wyatt Newman the Chief of Police here in Manteague. He doesn’t live in town, but on the outskirts with only one home other than his in close proximity. When he hears the property has been rented, he makes the decision to stop and say hello. He was surprised to find his neighbor seemed quite anxious at his presence.

Millie has much to overcome, and the quiet of the shore outside her rental home called to her. This is a big step for her as she heeds the call of the warmth and peacefulness of the early morning.

Taking a tentative step in the sand, she relished the feel of the soft sand on her feet. The sting of unshed tears hit her eyes, and she blinked to keep them from falling. This is not a time for tears. She lifted her hand, and with shaky fingers pulled the scarf down, allowing the sun to cast its warm glow over all her face.

A lightness filled her, the first in months, and she looked around with glee. Little birds ran along the shore and floated on the water. Not seagulls, she didn’t recognize them. She snapped more photos of them as she walked along. Her feet came to a halt at the sight of a large bird standing in the edge of the water. Staying very still, she watched as his long neck stretched slowly, then suddenly dove its beak into the water, coming up with a small fish. She’d seen pictures of herons but had never witnessed one as it was on its morning breakfast hunt.

She looked over her shoulder, making sure not to go too far from the end of her pier. She had made it to the pier that came up from Wyatt’s house, but all was quiet. Still safe, she snapped more pictures of the heron with her phone. I’ll send a few to Mr. B. She wished there were others she could share the photographs with but knew he was the only one she could trust at this time. With her encrypted computer and new phone, she was able to send a note or chat with Samantha occasionally. Her assistant Penny had taken new employment with Portia, a move that made perfect sense even if Millie’s heart squeezed a bit, knowing that everyone else’s lives had moved on. Penny was such a good assistant. But I no longer need one. And Portia had filled in for her as they finished the filming, now moving on to other roles. Mr. B. handled Sidney, but her agent would soon drop her contract since he had many other clients still working in the business. Mr. B. also dealt with her publicist, who was still walking the fine line between feeding the vultures bits about how well her recovery was going and keeping the press at bay.

In truth, her physical recovery had proceeded quickly. The studio, immediately sensing the very real possibility of a lawsuit, had called in one of Hollywood’s top plastic surgeons to meet the ambulance at the hospital. Once the ER doctor ascertained that no organs had been compromised by the deeper cuts from the glass, he’d sent her immediately to surgery where he’d sutured the numerous lacerations that covered her body. His talent resulted in her scars being as minimal as possible, but they were still very visible, several of them large, deep, and disfiguring. Scar revision surgery loomed in her future, but she needed a little more healing before she’d be ready to head back into the operating room. Mr. B. had arranged an extended stay at a private hospital, both for physical therapy and to offer seclusion.

Dark thoughts began creeping into her mind, marring the moments of happiness she’d experienced. Closing her eyes, she began breathing deeply, recalling the advice of the counselor she’d seen while recuperating. Focus on now, not the past. Find happiness in something each day. Discover something positive. Tilting her head back, she allowed the rays of the sun to penetrate her eyelids, allowing the warmth to seep back in.

Exhaling, she opened her eyes and stared back over the soothing waves. She continued to walk, and her stomach growled. She hadn’t eaten breakfast, and for the first time in months, she felt hungry.

She jerked her head around at the sound of the deep voice, gasping at the sight of Wyatt leaning against the rail of his pier, a cup of coffee in his hand. She clutched the end of her scarf, tucking it over the side of her face, praying he was far enough away not to have seen her clearly. She ducked her head and mumbled her return greeting. “Good morning.”

As she started to walk away, he called out, “I’ve got a thermos of coffee and can’t drink it all myself. I planned on sitting on the bench and watching the birds. I’d love to have your company.”

She meant to shake her head and keep walking. She didn’t need to sit closely with someone who might at best stare and at worst recognize her. She didn’t need to take any more chances than she already had today. In fact, she’d taken a great many chances. Stepping onto the deck, walking out on the pier, moving onto the sand, walking a little way on the beach. Listing those activities shocked her, realizing how far she’d left her comfort zone already.

Her arms crossed over her middle, ready to flee, but her upbringing wouldn’t allow her to be rude to someone who didn’t deserve it. Turning slightly, she glanced up toward him, opening her mouth to offer thanks but politely refuse his invitation. Instead, her mouth snapped closed as he filled her gaze. His hair stood on end as though he’d simply dragged his fingers through it after getting out of bed. His beard was slightly scraggly, obviously not trimmed yet. His black T-shirt had a few wrinkles as though it had just been pulled from a pile of clean laundry. Cargo shorts hung low on his hips, and his feet were exposed with leather flip-flops.

She dragged her gaze back to his hair and watched the breeze ruffle the strands, giving him the look of a little boy. And yet, he was all man. A man who didn’t give a fuck about what he looked like first thing in the morning.

He grinned and lifted his thermos, giving a little shake. “Honest, Millie. I’ve got coffee to share as long as you don’t mind that it’s got cream and sugar in it.”

Millie had never been able to drink coffee without cream and sugar, hating the bitter taste. Now, she licked her lips as the scent of delicious coffee wafted by in the breeze. The internal battle between fleeing and accepting continued to war until she realized she appeared ridiculous standing silently on the shore staring at him. She started to shake her head but was shocked when she opened her mouth and the word, “Okay,” slipped out.

Ready to refute her reply, he’d already grinned and was pouring coffee into another mug. “Great! We can just sit on the bench and enjoy the morning.” He stepped away from the railing and sat on the bench.
Jordan, Maryann. Protecting Her Heart (Baytown Boys Book 16) (Kindle Locations 648-694). Kindle Edition.

With baby steps, and encouragement from Wyatt, Millie slowly comes out of her shell.

I love the way this story develops, each step an accomplishment as the relationship between Wyatt and Millie grows into more.

There’s going to be some interesting and scary things that challenge these two.

I really can’t wait for the next book in this series, I love the characters so much! 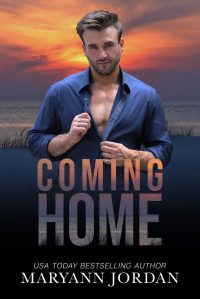 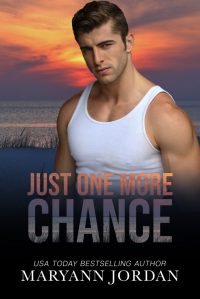 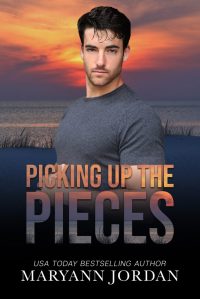 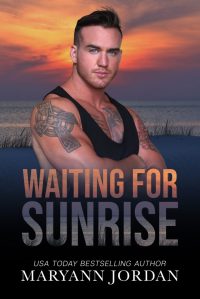 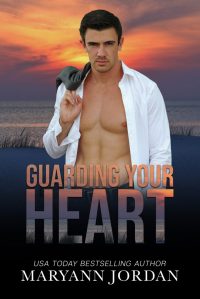 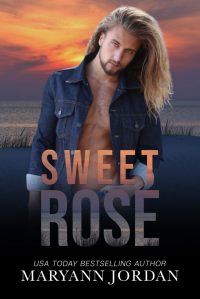 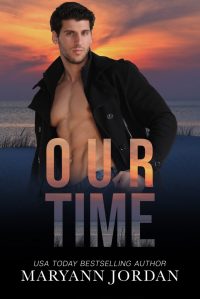 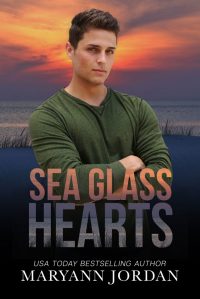