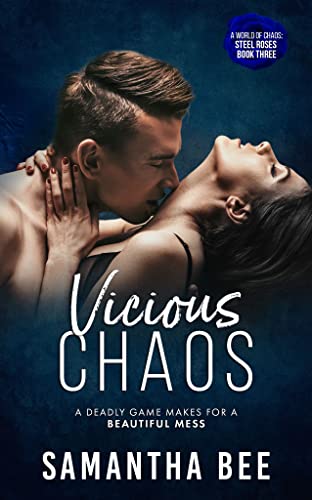 I never cared if I lived or died.

For eight years I lived as a mess of broken pieces that never could fit back together quite right.

Eight years of training. Of building an empire. Of fighting. Of just surviving. Of letting my heart beat for revenge.

Eight years of not really living at all.

While I was living half a life, I didn’t realize all that was being built up around me.

A home. A family. A place to belong.

Ways to soothe my broken edges until I feel almost whole again.

I don’t wanna die anymore. But I’ll never give up my revenge.

Lines are drawn. Moves are made.

New alliances are formed while old ones burn to the ground.

We are done holding back, even if it means the streets of St Graves are stained red.

If you haven’t read the other books in this series, STOP, go back and read them first. This book begins where Deadly Chaos ends, although the prologue takes us back to Scar’s past first. If you read Damaged and Deadly, which is Jade’s story, you will recognize some scenes in this book as they are told through different points of view.

Rachel’s been stabbed and shows up on Scar’s doorstep proclaiming Jade is her sister. Collapsing in Scar’s arms right after that declaration, Scar yells for Declan even as Jade passes out in the corner with Ian and Mikey helps her with Rachel. Alec shows up next angry and concerned, but Scar needs answers to what is going on. Not surprised Romano was behind it, or that Michael, William’s next in command was the one to attack Rachel.

While they are waiting for the next move, things get even bloodier as they root out the spies in their organization.

They also make a startling discovery when Jade is attacked by Ciar, Romano’s son. Jade was chipped and Ciar had been tracking her every move. This solidifies the need for Jade and Britt to learn the tunnels.

While they recap everything Noah surprises her with his talents on the computer.

I was grateful when Ian got Jade out of there, because I was not going to be able to keep it together for much longer. Even fighting with Kade and Luca did nothing to release any of my pent up frustration.

I force myself to take deep breaths and try to find some semblance of calm from the storm whirling inside of me. My anger doesn’t help anyone right now. Being able to keep my emotions under a tight leash is what has kept me so successful for so long. I can’t afford to start slipping now. Not when everything is getting so crazy.

I need my tightly wound control now more than ever. Even if it’s harder than ever to hold onto.

“Okay, let’s go over everything again,” I say to no one in particular. I feel like I’m missing something and I need to run through everything again from the top. We called a meeting as soon as we got Jade settled into Ian’s house. Everyone else is now sitting around our security room as we go over all of the implications of today.

Noah starts, “The chip that Ciar had on Jade was collecting and storing all of her GPS data. That means we have to assume he has all of the coordinates of everywhere she’s been since we rescued her.”

Noah looks at his computer before answering, “The rescue house you had her taken to was under the name Cassandra Brown. Jade’s place was under Marcus Whittier. We had thirteen other properties under those aliases that are being cleared out and put on the market as we speak. Other locations of interest were here, Brittany’s apartment, the gym, Steel Roses, and Mikey and Ronan’s place.”

“We moved Brittany into our place,” Ronan interjects.

“Right,” Noah continues. “Her apartment building was owned by the alias Sarah Vandenberg,” he says, giving me a pointed look. I raise my hands in innocence and shake my head. I may have provided the identity, but it was not my possessive ass that wanted to own where she lived.

He turns his attention to the two burly men across the room. Mikey remains a stoic wall but Ronan gives him a sheepish expression.

“Well, there were four other properties under Sarah, so also getting those cleared out. The gym, Steel Roses, and here are all owned under Luca’s legal name, so we don’t have to be worried about that. Same with Mikey and Ronan’s place. I’m working on a new security system to put in place though.”

I trade looks with Luca. “Not as bad as we first thought.”

He nods in agreement. “Could have been worse.”

Ryder rears back in surprise. “Shit, woman. Just how many other identities and properties do you have for that to be no big deal?”

I laugh but don’t give him an answer. The truth is, I’m not entirely sure anymore. Not between the ones we’ve all amassed. Luca has been creating them for as long as I have. Kade almost as long, and it turns out even Declan has a fair few hidey holes. Who would have thought Mr. Posh would have such dark secrets after all?

“Okay, so those are taken care of. Security is being upped everywhere else. Jade is settled in. What’s next?”

Declan asks, “What about the integrity of the other identities?”

Noah nods. “I’m running some analysis there.” He points to a computer that has numbers and letters flashing across the screen. “It will pick up any odd activity, discrepancies, or anything that indicates a breach.”

I get up and over closer to the screen, watching the code fly by and taking in just what the program is doing.

“How the fuck did you do this?” I’ve never seen a program like this. Nothing even close to it. I’ve tweaked my fair share of programs to suit my needs, but I’ve never been able to get one to do what this one is doing. Picking up odd activity in someone’s GPS movements or financial activity? Easy. This? Nothing is easy about it.

“I created the program to collect things like google searches, or pulling up government records, anything like that. If anyone were to even type in one of the addresses into their maps, I would get a notification.”

My mouth drops open as I stare at Noah. “Who the fuck are you?”

Kade cackles behind me. “Keep talking, Noah. She’s about to orgasm on the spot.” I hear a thud followed by Joe cursing him out.

Ronan also laughs. “I think you broke her brain.”

I ignore all of them as I stare at my shy, sweet, secret badass Noah. His cheeks flush. “I’ve been working on it for the last couple of months,” he explains. “It’s still a work in progress, but it has any and every detail connected to us. Identities, businesses, addresses, cars, etc. Everything. The second part of the program I’m still working on will be able to sort through the normal searches, like people looking up your social media, Scar, or the address for Steel Roses or the tattoo shop. It’ll still collect IP addresses and such and be able to connect if one person is looking into multiple aspects of us.”

I’m shocked into silence. My mind is running through the configurations of code I see running across the screen. I’m more impressed than I can put into words with what I’m seeing.

“You really did break her,” Holden jokes.

I open my mouth as I look at Noah. “I…” I don’t even know what to say after that. “What the fuck?” I whisper to myself. I knew this had to be possible, but I had never even come close to collecting the vast amount of data he is as quickly and efficiently as this program is. “Just how fucking smart are you?” I demand.

Noah finally laughs and some of the color fades from his cheeks. His hand drops from where he was rubbing the back of his neck. A cool confidence comes over him that I hardly ever see on him. My eyes widen as I recognize this version of him.

“Apparently smarter than you,” he teases. A chorus of oh’s sound out around the room followed by laughter. Joe shakes his head at all of their antics. My eyes narrow at Noah. “Oh, really?”

He shrugs nonchalantly, like he isn’t lighting every competitive bone in my body on fire with his attitude. “Come on, baby girl. You can’t be the best at everything. This is what I went to school for after all. I’ve spent years studying every aspect of technology and coding. Not just how to hack into places I shouldn’t be.”

I roll my eyes. He isn’t wrong, and based on this… Well shit. I hate to admit it, but he is better than me. It would have taken me years to get this up to where he has managed to get it in only a few months.

“Okay then, Handsome. I’ll give you this win since you impressed me.” This time it’s a surprised chorus of oh’s that sound out from the peanut gallery. “But I’m running your training tomorrow,” I finish with a smirk.

He grimaces as he curses and Ryder pats him on the back in encouragement. Kade has a wicked smirk on his face, so I know something is coming even before he opens that big mouth of his.

I give him my best unamused look. He knows damn well I can admit when someone is better than me. “You,” I point at him, “were not recently kidnapped. That means I can and will shoot you for pissing me off.”

He throws his head back and cackles, absolutely undeterred by my threat. I wouldn’t kill him. I am quite fond of my giant dope. There are plenty of places I could hit that he’d survive. Little flesh wound.
Samantha Bee. Vicious Chaos (Kindle Locations 1212-1273). A World of Chaos Series.

As predicted the streets of St. Graves get bloodier. The alliance between Rachel and Scar becomes closer.

Specific targets taken out, with lots of kindle melting scenes in between. A new character introduced, Alec’s twin brother Nicholis. More of Dare the bartender/dancer, I love this girl!

Plenty of back and forth, twists and turns, ups and downs, laughter and OMG the tears.

I can’t wait for the next book. I need so much more!!! 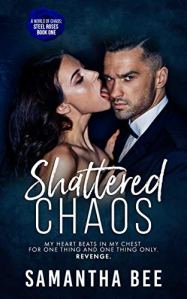 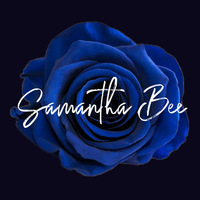 Born and raised in California, Samantha Bee lives for coffee, cheesecake, and chaos. She seems to attract psychos and can be needy and dramatic. However, those things get channeled to her muse in order to create dark and sexy worlds.