Since the dawn of time, waging war on those who have wronged us has been embedded in the very fiber of mankind’s true nature. The thirst for vengeance and retribution has always prevailed overturning the other cheek to one’s enemies. Creating chaos and bloodshed is preferable to being subjected to vapid dialogues of peaceful negotiation.

None hold this way of life more sacred than made men.

These are the codes of conduct of every mafia family.

However, the same cannot be said when dealing with their enemies.

Throughout recent decades, in the midst of civil evolution, an ancient war was being fought. From both sides of the globe, blood was spilled in the name of honor, while the brutal carnage each family bestowed upon the other was anything but noble. Soldiers, kin, and innocent lives were lost on all sides, and the inevitable extinction of the mafioso way of life was fast approaching.

In the most unlikely scenarios, six families came together in an undisclosed location to negotiate a peace treaty. As the leaders of the most influential crime families in the world, they recognized that a ceasefire was the only way to guarantee their endurance. Should this attempt fail, then their annihilation was all but imminent.

The treaty was effectively simple.

Each family would offer up one of their daughters as a sacrifice to their enemies. Marriage was the only way to ensure that the families wouldn’t retaliate against one another. It would also guarantee that the following successor’s bloodline would be forever changed, creating an alliance that would continue throughout generations to come.

Not all in attendance were happy with the arrangement.

The deep scars gained from years of plight and hatred can’t be so easily healed or erased. However, even the cynical and leery knew that this pact was their best chance of survival. Although the uncertainty of the treaty’s success was felt by every mob boss there, one by one, the families swore an oath that would bind them to it forever.

And as the words spilled from their lips and the scent of blood hung in the air, they made sure innocent lives would yet again be deemed collateral damage to their mafia wars—one last time.

Their daughters would have to pay the price of peace.

Whether they wanted to or not. 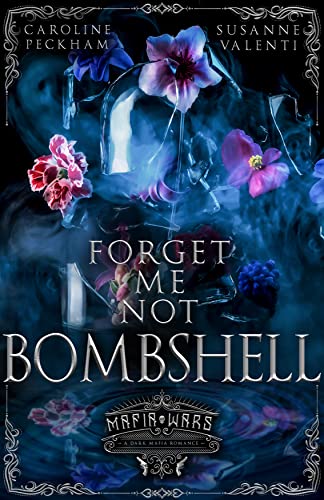 I was sold to my enemies.

The Butchers of the London mob who run an empire built on sin and greed. The stories I’ve heard about the way they rule their underworld are enough to make my heart race. But those rumours have nothing on the truth.

Danny, Church, Frank. The three men who own me now. The head of this so-called kingdom and the two savages who enforce his wrath.

They made a peace deal with my family which came at a cost – me. A mafia princess gifted to them as a bride.

So here I am in my white dress with a gun to my head and a knife in my garter.

The war between our families might have ended with this union, but I’m starting a battle of my own. And I’ll trade my body for a chance to leave this wedded bliss behind.

The only question left is whether they’ll be the ones bleeding out, or if I’ll end up with my heart torn from my chest and fed to these hungry British dogs.

The Butcher brothers Benny and Danny are twins. Their father had just died when this meeting of the families needed to be attended. After arriving late at that meeting long ago, it was Benny who vowed with blood to look after the woman whose name he pulled. It would be ten years before the weddings take place because the youngest daughter at that time was only eight years old.

Anya Volkov is traveling with her bodyguard Adrik to London, England to be wed to Danny Butcher of the Firm. The thing is she thought her brothers had a plan to get her out of this, but the truth of the matter is neither her bodyguard nor her brothers have any plan. An American from Las Vegas, who loves her freedom has been told this is her fate.

She’s met by Church, one of Danny’s men and taken not to Danny or a hotel but to Church’s apartment. She discovers quickly that there are no comforts here, she’s cold and tired deciding to sleep on the floor. That doesn’t last long as she needs warmth and joins him in the bed. Although nothing happens between them, she is more than a little put out at the situation.

I was wondering why Danny and that was made clear pretty quickly. Apparently, Benny is in jail, about to be released on what was to be the wedding day. He’d taken great pains to become the exact duplicate of his brother. All his tattoos are Danny’s except for one, the forget me nots. He was getting out and people were being paid extremely well not to let anyone know he’s out. He had a bride to claim as his own and a brother to punish.

Anya hates the dress she is to wear for this wedding but the first thing she rebels against is the collar she’s to wear, although it’s diamond it also locks around her throat. Danny arrives during that protest, and this is not a pleasant encounter. He practically drowns her in the toilet then proceeds to brand the name Butcher on her rear. Done to humiliate and claim ownership, he also sets his right-hand man Frank as her bodyguard.

It’s fortunate for her that Benny gets Danny secured before the wedding. Now pretending to be his brother, he marries Anya. Things don’t get better though, there are many things Benny needs to sort out, not the least of which is their construction business. Danny has let things run down while he’s been in jail. Now their financial security stems on a single deal.

Anya finds herself mostly in the care of Church and Frank, but Benny isn’t an absent husband either. She finds herself confused at the change between the man she met before the wedding and the one she’s with now. She also doesn’t know why Frank seems to hate her, that’s an interesting revelation.

This is a long and detailed book, with many twists and turns. So many things to be sorted, including the situation with Danny. The relationship between Anya and Benny changes in many ways, especially once she sets her sights on not only Church, but Frank as well.

I couldn’t put this book down, there is a new clue or dilemma on almost every page and sizzling heat throughout as well.

5 Contented Purrs for Caroline and Susanne! 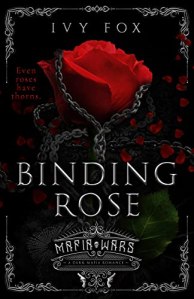 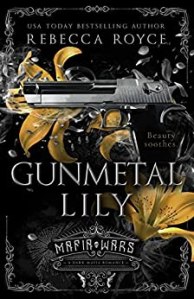 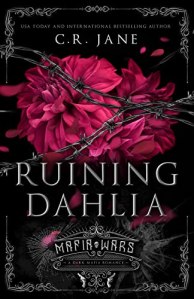 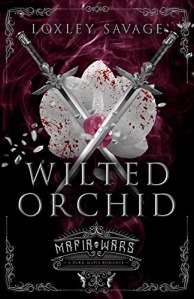 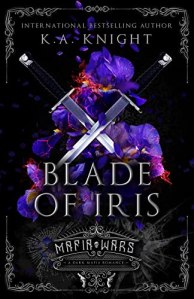 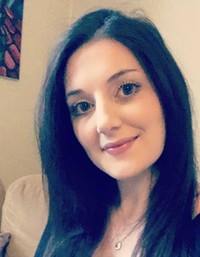 Me and my sister Susanne Valenti now write books together and we’ve built the most amazing, fun, crazy reader group on Facebook which we would LOVE you to join. Be the first to get teasers of upcoming books, plus interact with us daily, asks us questions, make friends with other book junkies and find your reader home. 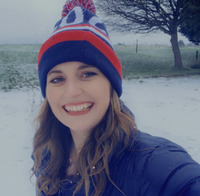 Susanne Valenti
I’m Susanne Valenti and I co-write books with my sister Caroline Peckham. We love dark romance and characters who will break your heart, stomp on it and laugh over the pieces before putting them all back together in the end.