It’s taken some time, but Detective Kate Morgan’s various relationships are gelling at work—and even at home. Until Simon starts screaming in the middle of the night. Worried and not sure she’s up for this, Kate distances herself from him. When a tortured female body shows up, Simon’s visions are of no help, until he describes one specific injury, … the same injury on Kate’s latest case.

A case getting weirder as more is uncovered. A similar tortured death happened more than a decade ago, where the killer was caught and served time. As a suspect he looks good for this current case because he’s now out and back in society. Except he has a solid alibi …

This isn’t the only victim though, and, as the Vancouver PD Homicide Unit digs deeper, Kate’s team finds several more cases—all with connections to the same suspect. But Kate’s still not convinced.

Too much more is going on, and she’s determined to get to the bottom of this, before someone else dies a painful death …

This book opens with Simon waking from a nightmare screaming. Kate was there with him and immediately looks for the source of the scream when Simon tells her it was in his head.

The case Kate gets called to is a brutal scene, the victim tortured, and her vocal cords cut. The call she makes to Simon really isn’t a surprise considering his nightmare.

As Simon headed off, after this final meeting, and walked toward home, he pulled out his phone again. “You called,” he said, when she answered.

“I did,” Kate answered briskly. “Remember that nightmare?”

“Which one?” he asked in a hard voice. “There’s been a few lately, and why the hell do I have to remember them anyway?”

“You don’t,” she acknowledged, “but you and I both know that whatever is going on in your psyche won’t let you rest until whatever the hell is going on is solved.”

“That’s an awful lot of vagaries,” he noted.

“Well, anytime you want to give me something definitive,” she replied in a cheerful voice, “I’d be happy to have them.” Her voice dropped as she added, “Especially right now.”

“Ah hell.” He stopped in his tracks; a person walking behind him bumped into him. With both of them apologizing and moving out of each other’s way, he hissed into the phone. “What did you find?”

“I don’t really want to deal with any more ugly scenarios.”

“Because her vocal cords were cut,” she answered quietly. “To stop her from screaming.”

A long, drawn-out hiss escaped as Simon realized which nightmare Kate was talking about.

“Ah, crap, the woman who was screaming but not screaming.”

“Yep, that one. At least as far as I can figure, that’s the one we’re talking about.”

“Meaning that I have more than one nightmare?”

“No,” she stated, with a note of finality. “Just hoping that we don’t have more than one murder victim.”

“Isn’t your desk piled rather high?”

“Too damn high,” she groaned.

“No, it doesn’t, unfortunately.”

He groaned. “What do you need from me?”

“As always, anything you have to give.”

“Wow, Detective,” he said in a mocking voice. “I didn’t know you cared.”

“You know I care,” she snapped right back in a pithy voice. “You just don’t know if I care very much.”

“A heads-up if you get any insights.”

“You know I’m pushing them away.”

“But I know that sometimes they won’t let you push them away. And, Simon, I get that you don’t want to do this,” she said. “I really do. But I’ve got to tell you, I really don’t want to stand over any more women who were in the condition of the one I saw today.”

“You don’t even believe in this bullshit,” he argued.

“I don’t know what I believe anymore,” she snapped right back.

It was an argument they’d had many times, and he couldn’t blame her because he was definitely on the same side in terms of not knowing what to believe. Obviously he was a believer, but sometimes it all just seemed too damn far-fetched to be feasible. As he went to answer her, he realized she’d already hung up on him. He swore, staring down at his phone.

A man standing nearby, waiting for a bus, laughed at him. “Had to be a woman,” he stated. “Those are the only calls that can screw us over so badly.”

Simon looked at him, realized what the guy was saying, then chose to ignore him and walked away.

“You can run, but you can’t hide,” the guy called out with a laugh.

More victims, more clues that lead nowhere and Simon’s senses overloading. Kate and Simon work together to find a woman who isn’t yet dead but is telling Simon she wishes she was so the pain would stop.

Frustrating for Kate and her team and Simon as well as they race the clock that is counting down rapidly. 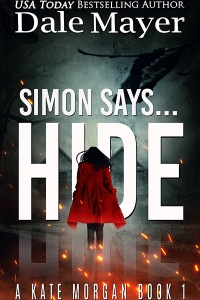 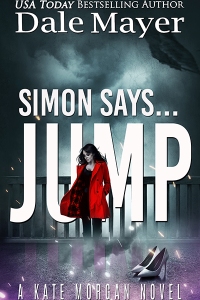 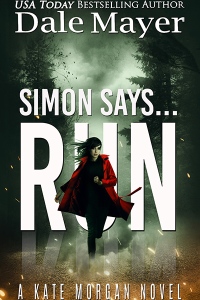