Corbin is tracking a cabinet minister’s pregnant daughter, who’d been snatched off the streets several days ago. The incident followed several other missing women’s cases, except those women already had given birth, and their children were also kidnapped at the same time. Then the body of one of the mothers is found …

Nellie would do anything to save her unborn child but finding herself a prisoner was never something she expected to happen. When one of her guards grills her over an image of someone asking questions about her, she realizes she isn’t as alone as she’d assumed. Now if only a rescue could be mounted before any others die …

A rescue is one thing, but getting to the bottom of this nightmare becomes even more urgent, as the kidnapper refuses to give up on Nellie’s unborn child and the big payoff if he succeeds …

Corbin’s assignment comes up pretty quickly. He’s still in England as is Hatch and Millie. Hatch will be his contact for his assignment an unusual one considering where they are.

A Parliament member’s pregnant daughter has gone missing. Now she hasn’t had a good relationship with her father lately, but he’s concerned and wants her found fast. MI6 won’t be quick, so he’s hired The Mavericks.

MI6 is working this case but there are 2 other women along with their children that are also missing. Whether or not the disappearances are connected is still not clear.

Corbin starts his investigation with where the first two women were taken, then heads to the University Nellie Abrahms attends and where she was snatched. He interviews a couple of her friends, then they get a break when her father gets a message saying to back off. Of course, they aren’t going to back off, but it causes concerns about the women Corbin interviewed. When Corbin finds her dead, the cameras give a good clue.

In the meantime, Nellie has finally gotten the women sharing her room to talk to her. All she knows is they were going to adopt the children out and they want Nellie’s baby. Jewel has pretty much given up hope, but when the guards bring in a photo of a man asking Nellie who he is both of them get some hope of rescue. That photo is of Corbin.

After the ‘nice’ guard has a confrontation with another, their room is left unlocked.

As Aiden drove by the surrounding area, Corbin surveyed the commercial district closely, looking down alleyways and sides of each warehouse. He caught a glimpse of one woman helping another woman step through a narrow rusted door of one warehouse close by another. He yelled to Aiden, “Stop.”

Aiden immediately hit the brakes and pulled off the side of the road. “What’s the matter?”

And Corbin pointed in the direction where he saw the women.

Aiden whistled as he turned around toward the women. “Okay now, hang on a minute. Are those the ones we’re looking for?”

“I think so,” Corbin murmured. “Leave the vehicle here.” They quickly bolted from the vehicle and headed toward the women. As soon as the women caught sight of them, they started to run away. But one was obviously pregnant, and the other one looked like she was suffering in a big way.

Corbin reached out for the pregnant one, and Aiden grabbed the other. Corbin slapped a hand over the woman’s mouth, as she started to fight and scream. “Stop. Stop, damn it. I’m here to help.”

He didn’t even slow down but just tightened his grip around her, picked her up, and raced back to the vehicle. As soon as he got her into the front seat of the vehicle, Aiden came up behind him with the other woman, who didn’t look to be in very good shape. Corbin immediately opened up the door to the back seat of the double-cab truck, while Aiden popped her inside and called out to Corbin, “You drive.”

Corbin hopped into the driver’s seat, with the woman seated in the passenger seat, frozen, staring at him. He looked over at her and asked, “Nellie, by any chance?” She seemed in shock.

“You’re the man who my father hired.”

She pulled something from her pocket and handed it to him. He stared at his image. “Well, good Lord. How come you have that?”

“One of my jailers asked me if I knew who you were and that you were looking for me.”

“Well, at least you could say no, that you didn’t know me.”

“True,” she replied, “but I have to admit that I hung on to this picture because it gave me hope.”

He looked over at her, and, in a gentle voice, he said, “It worked. We’re here.”

“Let’s get moving,” Aiden said. “This woman needs medical attention.” And directly behind them, a bullet was fired and then another. Their back windshield exploded.

Corbin sped ahead and slammed his hand over Nellie’s head and pushed her down. “Get down. Get down.” A vehicle charged up behind them. “It’ll be a rough ride,” he snapped, his tone grim. He looked over at her and gave her a feral smile. “At least you are with us now.”

“Yeah,” she whispered, from her crouched position, “but we’re hardly safe.”

“No, not yet.” He veered off the road, heading across a parking lot. “But you need to hang on tight, particularly with that belly.” He looked over at her. “Did they hurt you?”

She shook her head. “No,” she whispered, “but Jewel is hurt.” She lurched higher trying to see Jewel. “We have to go back.” He stared at her in surprise. She cried out, “I mean it. We have to go back. Kids are still there and more women.”

He nodded. “I know, but first we’ll get you guys away.”

Another round of bullets was fired into their vehicle. She shrieked and ducked.

“Remember that part about staying down?”

“What about you?” she snapped, from her crouched position.

He just smiled. “They might get me, but chances are in my favor.” He immediately turned several corners and several more, and then he tossed his phone to her. “Let the cops know who you are and where you are.”

“I don’t even know where the hell I am,” she snapped, but, her fingers trembling, she was already dialing. As soon as she got through, she relayed the message and gave a couple street names off an intersection as to their moving location, as coherently as she could.

Just then another bullet rang out.

“We’re being shot at,” she cried into the phone. “They’re trying to kill us. They’re chasing us, and they’re shooting at us.”

Corbin didn’t listen to the rest of the conversation, as his focus was on making sure that these assholes didn’t run them off the road.

As soon as she was off the phone, he told her to punch Speed Dial 1 on his phone, then put it on Speaker.

“Hatch, we need backup. We’re being fired upon. We have both Jewel and Nellie. There are more women and children still to be rescued, before these assholes move them.” He quickly gave Hatch their general location, adding, “Jewel needs medical care, and I have no idea on Nellie. She says she’s fine, but I’m not sure I believe her.” At that, she snorted beside him, and he grinned. “She’s not as bad as she could be. Put it that way. … No. We picked them up as they were sneaking out of a building, grabbed them, and ran. … We were seen, and the kidnappers are in pursuit.”

“I’ve got nothing within ten minutes,” Hatch said.

“Cops, ex-cops, military, retired military, anybody?” Corbin swore, as another bullet came his way, and he looked over at her and yelled, “Hang on.” He took a hard corner to avoid the gunman in that vehicle. “I think another vehicle’s coming after us now too. I need a place to hide.”

“Now that,” Hatch murmured, keys clicking hard on his end, “I might give you. Hold on.”

It took less than two minutes, and he came back. “Follow my instructions.”

And, with that, he led them on a continuous path at top speed. “Take a sharp right and pull into the garage,” he said. “The doors will slam tight behind you.”
Dale Mayer. Corbin (Kindle Locations 1230-1276). Valley Publishing Ltd..

Although they have Nellie and Jewel, they still aren’t safe and they have to get the other women and the children.

Fast-paced with some interesting developments. I love how Nellie and Corbin actually do know each other.

I know this series is coming to an end, but I do love it so very much. I look forward to Aiden’s story. 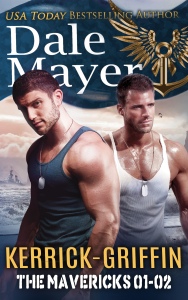 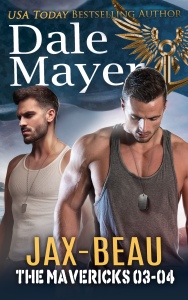 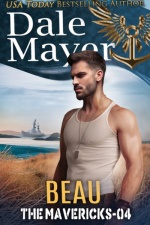 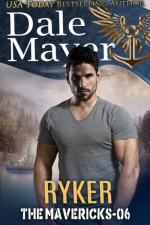 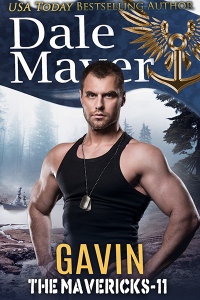