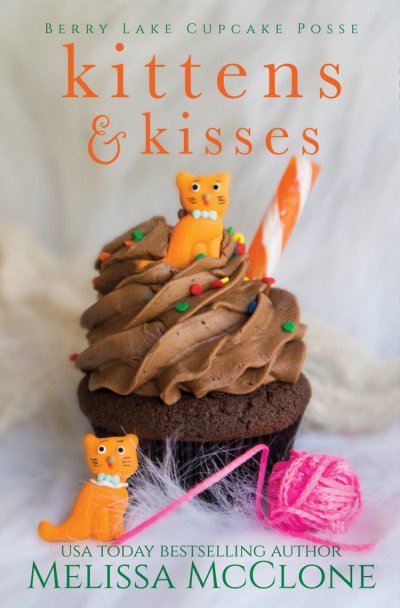 Can a chance meeting
open a grieving heart to love?

Widow Missy Hanford buried her heart with her Marine husband. She spends her time baking cupcakes, rescuing animals, and staying out of jail. When abandoned kittens bring a handsome sheriff’s deputy into her life, Missy’s friends tell her to give love a second chance. But she’d rather help the four women deal with their issues:

Nell’s dating the wrong guy to keep her mom from meddling; Selena’s dividing her time between friends in her hometown and her husband in Seattle; Bria’s piecing together the secrets she’s uncovered, and Juliet’s trying to forge a life on her own.

Now, more than ever, the Cupcake Posse will need to rely on their friendship to support each other. As answers only bring more questions, they must face hard truths about life, family, and love as they work to save their beloved small-town bakery.

If you haven’t read the first two books in this series, STOP, go back and read them. This book begins where the last one ended.

Bria and Declan have traveled up the coast to find the evidence that her father says will clear him of the arson charge against him. What they find is quite the shock for Bria. This discovery also impacts Declan although he doesn’t know that at the time.

Juliet is worrying about Lulu who has to stay at the vet at least overnight, now with Bria staying in Wishing Bay she’s alone and worrying more. When her neighbor and vet Roman shows up with his daughter Katie and a pumpkin, she’s grateful for the task and the company.

Missy is struggling and really missing her late husband. Even though it’s been nine years, it still hits her hard now and again. The cupcake shop fire which injured her has also left her with limited ways to combat her loss and anxiety. The creation of new recipes and baking has always been her go to way to cope. The other was working at the animal rescue, but even that is on hold as her foot heals from the burns. She’s more than happy with her foster cats Mario and Peach to keep her company, even though her friends and sister-in-law think she should expand her horizons.

When Sabina calls about possible kittens she jumps at the opportunity to do something. Unfortunately, she doesn’t think things through all the way and ends up trapped in a dumpster without her phone in pouring rain.

Then there’s Nell’s brilliant plan to keep her mother off her back about marriage is sort of dating Gage. However, she’s also keeping him at a bit of a distance by having Welles the paramedic who is her neighbor and has a crush on her join them on their adrenaline filled adventures.

When Sam Cooper gets the call that there’s an emergency at the closed market he didn’t expect what he finds. Missy’s car is there with the headlights on, but no sign of Missy. That is until he hears her call out.

He turned into the Berry Lake Market’s parking lot. The place appeared deserted, but he made a slow pass in front of the entrance— no flashes of light or movement inside.

Better check the other side.

He rounded the corner and slammed on the brake.

A car parked haphazardly, which might count as an emergency. The doors were closed, but the headlights shone toward the recycle and garbage bins.

A thief wouldn’t announce their presence, unless they weren’t very smart, so dumpster diving, perhaps. But that didn’t count as an emergency. And he saw no one around the bins.

Sam typed the vehicle’s plates into the mobile data computer and waited.

Information popped onto the MDC’s screen.

He did a double take. Rubbed his neck.

What was it doing here? And where was she?

His pulse kicked up a notch. Sam surveyed the area but saw no movement. Sure, the headlights didn’t illuminate everything, but nothing moved.

A band around his chest tightened. He closed his eyes and counted to ten. That loosened the pressure.

He hadn’t seen Missy in years. Nine, if he were counting, which he wasn’t. But he’d avoided her whenever he returned home for the holidays and later to watch Josh during his first year of sobriety. Sam never went into the cupcake shop.

His silly schoolboy crush on her was to blame.

Not that she even noticed him.

Her heart belonged to Rob Hanford, Sam’s teammate on the wrestling team. Great guy, but Sam used to tease Rob endlessly about being crazy in love with Missy. The guy never denied it, which sucked then. Man, jealousy had burned badly. Sam would have traded places with Rob in an instant.

And then an IED killed Rob.

Instantaneously, according to Charlene Culpepper, who knew most things that happened in town.

Sam’s first thought hadn’t been about the loss of his friend. Nope. He’d wondered how long to let Missy grieve before he made his move.

One thing had been clear to Sam.

Which was why he hadn’t stepped foot in the cupcake shop. He’d never sought her out. He hadn’t even sent her a condolence card. And now…

Had her vehicle been stolen? If so, he wouldn’t have to see her. Though Berry Lake was small, so he might not be able to put that off forever.

The radio sprang to life, the dispatcher’s voice shaking Sam out of his head and the past.

“Sabine Culpepper called it in. She lost contact with Missy, who’s on a rescue mission.”

“Sabine asked Missy to go to the market for an animal rescue. Someone dumped kittens.”

“Knowing that would have helped.”

“Sabine’s first call dropped after she said there was an emergency at the market. Got more information after she bought a phone charger, but you beat us there.”

Life in a small town.

That didn’t keep him from touching his revolver. Sam never wanted to have to draw a gun on anyone again.

“Copy that.” Sam parked his patrol car and shrugged on his rain jacket. “Exiting the vehicle now.” He slid out of the car. Rain poured off the brim of his hat.

“Someone out there?” a shaky voice asked from either the recycle bin or the garbage can.

Sam ran. Three milk crates sat in front of the recycle bin. A phone lay in a puddle. “Missy?”

His heart slammed against his rib cage. “It’s Sam Cooper. Deputy Cooper. I’ll get you out.”

He peered over the edge. Rain had soaked Missy from head to toe. Shivering, she leaned the upper part of her body over the top of a cardboard box she clutched.

“I-I found kittens. T-They’re wet.” Her teeth chattered. “Need to get them to the animal clinic fast.”

“You’re freezing.” Sam removed his raincoat and covered Missy with it. Raindrops pelted him, but his vest would keep him from getting drenched. “We need to get you to the hospital.”

They would discuss where Missy would go after she was out of the rain. He rearranged the milk cartons and stacked them to be sturdier. “Are you injured?”

“No. Not really. The kittens…”

Not really didn’t tell him much. Climbing into the bin in the dark was dangerous.

He stepped onto the crates and peered down.

Missy covered the box, he assumed full of kittens, with his coat.

Of course, she did. She’d loved animals in high school and volunteered for Sabine then.

She lifted the box toward him. “Put them in your car.”

“I need to get you out first.”

Her pleading tone blanked him, tugging at his heart as if trying to wake the organ after a winter hibernation.

What is going on?

After all these years, he should be over her.

Wait. He was over her.

Grrrr. Sam took the box, ran to his car, and put the cats in the back seat. He turned the heater on full blast, grabbed the raincoat, and sprinted to the recycle bin.

He was back at the dumpster in a split second, and he wasn’t even winded. His brother might be the famous jock in the family, but Sam held his own, which had helped him graduate second in his class at the police academy.

He scooped up the phone from the puddle and tucked it into his pocket. “The kittens are in the car where it’s warmer.”

“Thanks.” The same green eyes that had haunted his dreams since he was fourteen met his. His heart thudded.

Hold it together, Cooper. You still have a job to do.

Training kicked in. Her face was scratched, covered in blood and water unless she’d been crying.

His gut twisted. He covered her shoulders with his coat. It would keep her from getting wetter. “Let’s get you out of here.”

She shivered again. “T-Thank you for coming. I didn’t think anybody would hear me.”
Melissa McClone. Kittens & Kisses (Kindle Locations 1167-1247). Cardinal Press, LLC.

Sam does so much more than just rescue her and the kittens. These two have a spark but they both ignore it.

As this tale unfolds, so does the romance. A couple on rocky ground and one just beginning. There are lots of twists here and not a lot of resolutions.

With an OMG ending, I can’t wait for the next book! 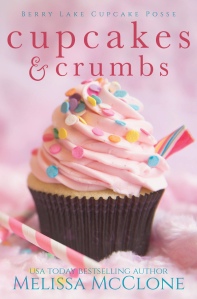 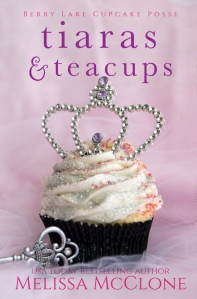 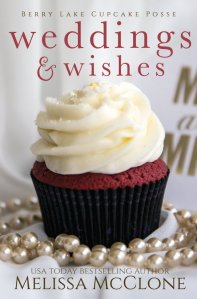 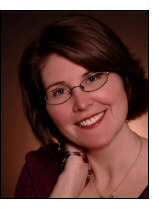