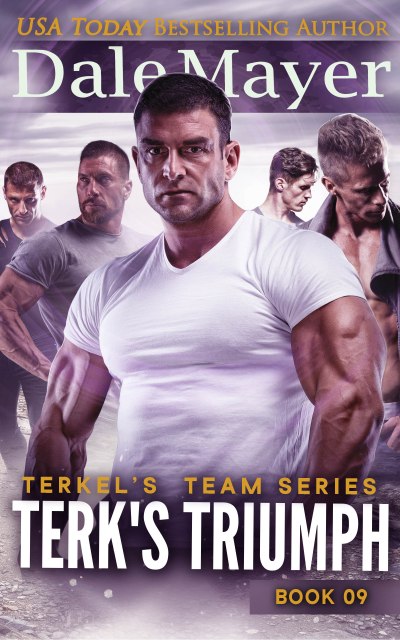 The move to a castle is both daunting and exhilarating. Damn sure he has bitten of more than he can handle, Terk asks Charles for help. In turn, Charles brings in an old friend to get the team installed and to get the castle renovated and organized. Going into private business never looked so good or so hard. But, with Levi and Ice joining in the fun, even Bullard helping out, the renovations are in Emmaline’s capable hands, and all is well.

Or is it? When Jonas calls to say there’s a problem, and it’s heading their way, Terk knows the priority is safety and security. But what does that look like with a large group of energy workers? There’s also another side effect of so much energy all in one place—something no one thought about—and something that’s way too late to stop …

I absolutely loved Celia’s reaction to the property Terk is considering for their compound. It’s a castle complete with a moat. It’s perfect really what with the team at a count of 19 including the unborn twins.

Charles has introduced his friend Emmaline who will be helping with organizing the renovations. She’s quite the master at it. Charles would also be helping with the hiring of household staff.

All of Terk’s team is there and of course one of the first things is security, Bullard can’t be there so it’s Levi, Stone, Merk and Rhodes who come to help out.

They’re working with blueprints, but we all know that castles have all sorts of hidden things. It’s one of these that causes an intruder to find a way in. Seems some contracts are still out there, even though there is no one to pay on them.

“Yeah, and where is your friend?”

“I don’t know,” he cried out, visibly shaking now. “I didn’t hear any gun shots though.”

“Yeah, well, nobody told us that we have to use gunpower in order to take out our enemy. Just like that glass, we could break you where you stand.”

“Then put down that gun,” Celia murmured, “and you give in right now and stop with your stupid petty thefts and threats. Then we’ll bring the men in to take care of you.”

“What? So now you need the men to take care of me?” He perked up again, trying for a more macho look.

“We don’t need the men to deal with you,” Cara said, her voice deadly, “but the men will want to know about this little display of yours.”

“They won’t care because my friend is taking out the ones who need to be taken out, and I still think you’re lying about the contract killing. He’d never do something like that. I mean, theft is one thing”— he waved his hand—“ but murder? That’s just beyond him.”

“It’s not beyond him. Do you not realize Bill escaped from MI6 for that very thing? Plus, he was involved with international criminals, who are on the wanted list for Interpol,” Celia explained, with a smile. “And then of course the CIA out of the US wants to talk with him as well, just as soon as they get the chance.”

“No, no, no. He wouldn’t have gotten mixed up in something that stupid.”

“Maybe you should take a moment and rethink things going on here, before you get yourself into trouble that you will pay for with the rest of your life. Assuming you survive today.”

It was obvious that he didn’t know which way to go or how to get out of the situation he had gotten himself into.

Celia almost felt sorry for him. “Tell you what. Why don’t you start by putting down the gun, so nobody thinks you’re still actively trying to shoot us. Then you can turn around and return the way you came,” she suggested, with a bright smile.

He looked at her hesitantly, took another step back. “But, if I put down the gun,” he stated, “I won’t have any weapon. … And I still don’t understand why you’re acting this way.” He seemed completely perplexed.

“No, of course not, but you also don’t know what we know.”

“That there’s no way you’ll get out of here alive, as long as you keep that gun in your hand. You might get out on your own if you leave now, but, as soon as the men come back, which I can already hear is happening, you’ll be out of options.”

“You can run,” she called out, as he backed out some more, “but you can’t hide.”

“I wouldn’t count on that. That’s presuming you get out of here safe and sound and in one piece.”

“Of course I am.” And he took another step back. “You don’t seem to be as scared of the gun as you should be, and I don’t really want to go down as the guy who shot unarmed women in their own home. And I don’t want anything to do with Bill, if he is involved in contract killing. Yet I still think you’re wrong, and I’ve got to give him a chance to show me.”

“I’ll leave and talk to him later.”

“Yeah, you do that.” She beamed at him. “That’s presuming we don’t already have Bill in custody.”

“That’s for you to find out, isn’t it? Or you could just leave and see if he ever shows up again. And that would be your answer too.”

He stared at her, moistened his lips, nervously looking from one to the other. Obviously he was completely over his head and didn’t have a clue how to handle this situation.

“Yeah, no problem,” Clara said in a hard voice. “Make sure you don’t make that mistake again.”

He shook his head, spun around, and ran. Right into Terk’s fist.

Terk looked around the room. “Everybody okay?”

All of them nodded.

“We’re fine.” Celia smiled, as she walked toward him, and flung her arms around his neck. “I suggest you get this shit fixed real fast.”

He groaned, wrapped his arms around her close, and murmured, “Believe me. I’m trying.”

He chuckled. “It sounded like you all had this well in hand.”

“It’ll be a cold day in hell before any of us will let an asshole like that take away the bright future we have planned. I’ve also decided,” Celia declared, “that I don’t want these babies to be born without a father.”

He looked at her in confusion, as the other women started to chuckle. “I’m confused,” he said. “I am their daddy.”

“Absolutely you are,” she murmured. “But you’re daddy, not legally the father.”

He shook his head. “There’s a difference?”

“A difference that matters to me, yes.” She took a deep breath. “I want us to be married.” She pulled her arms tighter around his neck and kissed him gently.

“So give me a moment to just clarify this,” he said. “Are you telling me or asking me?”

The other women burst into laughter.

Celia chuckled. “I’m not getting down on one knee, and, as much as I consider myself a modern woman, I still would prefer to be asked. However, given our unique situation, I guess the question really is, Will you marry me?” He wrapped his arms around her, picked her up, and gently swung her around in a big circle. “If you’d given me a chance, I was planning to ask you.”

“Apparently you’re too slow.” She grinned down at him, still in his arms.

He burst out laughing.

“I have an answer for you. How about a screaming loud yes?” Then he lowered his head and kissed her, right in front of everyone.
Dale Mayer. Terkel’s Triumph (Kindle Locations 1005-1057). Valley Publishing Ltd..

Plenty of construction, laughter, romance and some interesting side effects of all of Terk’s team being together.

This is the perfect end for this series, although I’m sure we’ll see them in other books helping out. 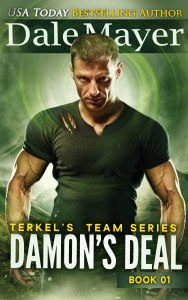 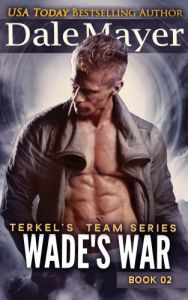 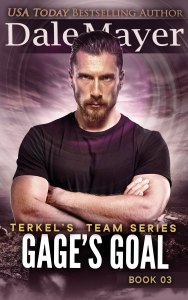 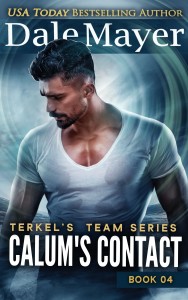 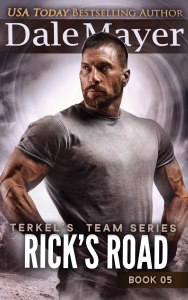 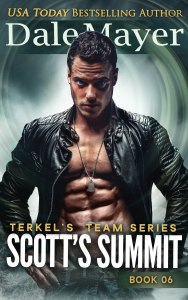 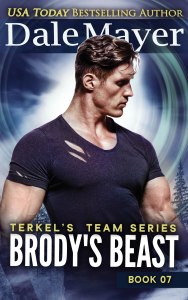 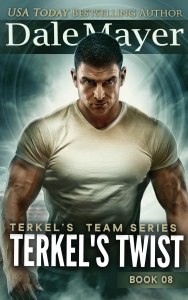