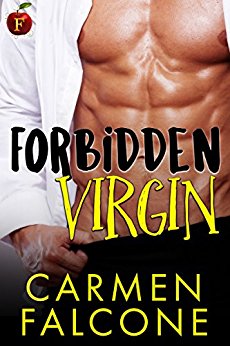 She’s in love with her father’s best friend…

Kate Crawford’s always had a scorching attraction to her father’s best friend, sexy hotelier Graham Davenport. Now she’s going to study in Europe, but she wants to indulge in her secret wish and lose her virginity to Graham. After all, she’s not a teenager anymore and ready for some Adult X-rated fun.

Graham Davenport hires Kate as his trainee in his luxury hotel as a favor to her father, but seeing her flaunt her hot body is driving him insane and he’s about to lose his self-control. He doesn’t want to betray the man who helped him turn around his life, but this woman is no longer a teenager with a crush. And her desire unleashes secret passions and fantasies that neither of them can deny… 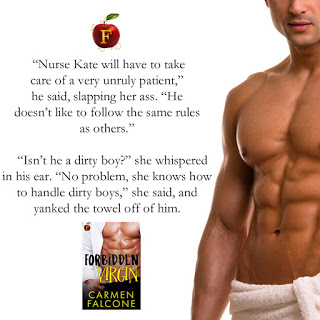 He’s older than her, and her father’s best friend but Kate has desired him for years. She isn’t going to let him get away this time, she has the summer to convince him this is right for both of them.

Graham knows this is wrong on many levels but the little vixen has her sights set on him. With every encounter his resolve to stay away crumbles.

When he realizes the gift she has saved for him, he finds himself wanting far more than just a fling. He wants it all with her.

In the face of the intensity of their growing relationship and her father’s total disapproval, Graham sends her off to finish her schooling.

A fun read as we watch Kate’s calculated seduction, and Graham’s ever melting will power. The question remains, can they really ignore her father’s unwillingness to accept them as a couple.

She loves to procrastinate, so please indulge her and drop her a line. For more info, visit her website: http://www.carmenfalcone.com