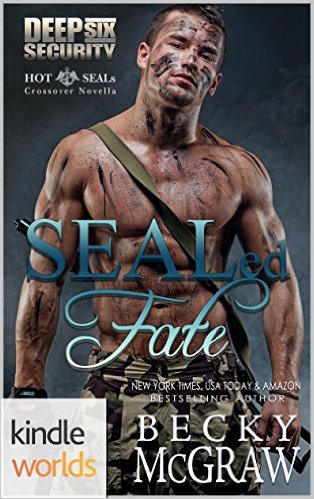 Former Navy SEAL Jaxson Thomas left the teams in disgrace to save his squad from being dragged through the mud with a JAG investigation. He never thought he’d have to leave the civilian job he got after the teams in the same way, but that’s exactly what happened. To keep his friends at Deep Six Security from losing their biggest contract, he takes the blame for an assignment gone bad. The SEAL mentality drilled into him for years won’t let Jaxson give up though, so he goes to work for Guardian Angel Protective Services, a new security firm started by his former SEAL teammates, hoping yesterday would be his last bad day.

His first GAPS assignment tells him more bad days are coming however, when he is charged with protecting the woman directly responsible for his exit from the teams. Frumpy Fallon Sharpe is now a federal judge, and the big-mouthed redhead has taken on an East Coast mafia family who wants her dead. She will only accept a SEAL to protect her and his new boss insists that he’s the man for the job, but Jaxson isn’t so sure since he’d been dreaming of killing her himself for five years.

He takes the job, because he has no choice, but the last thing Jax expects to feel for Fallon Sharpe when he sees her again is attraction. Even though her waspish mouth is the same, the thick glasses and frizzy red hair are gone and those damned spindly legs that reminded him of a flamingo before have toned up and end somewhere near her ears now.

Dealing with his old hatred and this new attraction while trying to protect her was going to make the assignment the perfect storm that could lead to a Charlie Tango Foxtrot of epic proportions if Jax wasn’t careful. Maybe the last one of his life.

This book was a gift from the author in exchange for a fair and honest review.

Jax definitely has his hands full trying to protect Judge Fallon Sharpe. Aside from the obvious hit men from the mob, there are other things that threaten the two of them. One of which is a hit squad sent by an Arab prince to do away with him. Not to mention the attraction Jax has for Fallon, in spite of all that has transpired previously.

I would say Fallon was having a very bad day when first the mob attempts the hit and then a much more profession version tries while they are traveling to the safe house. All this on top of telling Jax she knows he wasn’t guilty of the charges that led to his discharge.

The action and suspense is top notch. The arguments explosive and sometimes funny topped off with sizzling sex.

I just couldn’t stop reading until I came to the very end. I hope we see more of Jax, Fallon and the rest of the gang in future books.

I can’t wait for the next installment in the Deep Six Security series!
5 Contented Purrs for Becky! 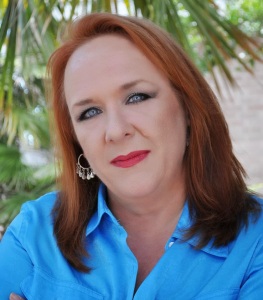 Becky has been an avid reader of romance novels since she was a teenager, and has been known to read up to four novels of that genre a week, much to the dismay of her husband, and the delight of e-book sellers.