Diana Merriwell and Giles Sinclair only tolerate one another for the sake of their nearest and dearest. Everyone believes that the two of them are meant to be together, but Diana and Giles know that their constant pithy barbs come from a shared disdain—not a hidden attraction. Diana loves the freedom of working at the newspaper too much to give it up for marriage, and Giles is happily married to his bachelor lifestyle. But they do have one thing in common—the secrets they can’t risk escaping.

When Giles’ father, the curmudgeonly Duke of Harpenden unexpectedly turns up his toes, it’s only a matter of time before someone comes crawling out of the woodwork who knows the true circumstances of his only son’s birth. As the threat of blackmail becomes real, Giles must uncover the truth of his parentage first, or else he and all those who depend upon him will be ruined—and dogged bloodhound Diana is his best hope at sniffing out the truth. As Giles and Diana dive into his family’s past, the attraction that the two of them insisted wasn’t there proves impossible to ignore. Soon, the future of the Sinclair estate isn’t the only thing on the line…

The Duke of Harpenden has a ‘Dirty Secret’ and apparently someone has found out something about it. this has him scurrying to wed a woman half his age to beget an heir. The thing is he has an heir, Giles, Lord Bellingham.

Giles found out four years ago that the duchess wasn’t his mother. He’s confronted the duke and has had to face that truth. His whole life is a lie perpetuated for the good of the duchy. Now he’s confronting the duke once again about an engagement announcement he’s heard about thinking it’s him facing a fait accompli. He’s surprised and angered that the duke is remarrying he knows this man and he’s cruel to everyone he doesn’t consider an equal, he doesn’t even socialize or have any friends that Gile’s knows of. Giles on the other hand treats everyone with kindness and respect.

When his best friend Hugh, the Earl of Farnham married Minerva Merriwell, he moved her sisters into his home. Diana has reached her majority and is an independent soul, working for The Times editing. Although the family suspects she is behind much of the gossip that appears. It’s Diana who gave Giles the news about the impending announcement.

When Giles shows up to speak with Hugh, he appears disheveled and lacks his usual casual flair. Although he declines the offer initially, Hugh’s mother Olivia convinces him to stay for dinner. While they are finishing the first course his manservant Dalton shows up with the news the Duke of Harpender has died.

It’s Dalton who suggests the only hope of finding the truth of Giles’ birth is with Diana’s help.

This is a fun and suspenseful tale, with plenty of twists, turns, romance and sizzle. 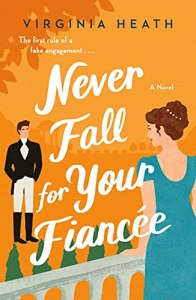 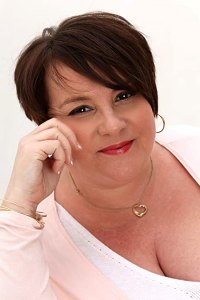 When Virginia Heath was a little girl it took her ages to fall asleep, so she made up stories in her head to help pass the time while she was staring at the ceiling. As she got older, the stories became more complicated, sometimes taking weeks to get to the happy ending. Then one day, she decided to embrace the insomnia and start writing them down. Twenty books and two Romantic Novel of the Year Award nominations later, and it still takes her forever to fall asleep.