Cooper Nelson’s SEAL career was cut drastically short when an explosion left him almost completely deaf. With so much of his pride and self-worth tied to the profession he loved above all else, Coop struggles in his nearly silent new world, his future seemingly bleak…until Commander Hurt badgers him into volunteering at the Riverton School for the Deaf. There, he meets teacher Kiera Hamilton, who opens his eyes—and his heart—to a love more fulfilling than any job could be.

Ten years his senior, Kiera can’t believe Coop would ever be interested in anything long term, but he patiently proves her wrong. And she’s not the only one enamored with the sexy former-SEAL—her impressionable first-grade students are enthralled with the man, especially Frankie. The troubled young boy flourishes with each of Cooper’s visits, which only makes Kiera fall harder.

As he learns ASL, connects with the students, and gets closer to Kiera, Coop’s happier than he’s ever been…until an attempted abduction at the school threatens to take away everything that makes his new life worth living.

Cooper like all the SEALs has been devoted to protecting his country. Forced to retire when an explosion takes out his hearing he is struggling. At first he isn’t happy to volunteer at the School for the Deaf, but that quickly changes. He meets Kiera a first grade teacher, and his interest is peaked in a romantic way.

This is one of my favorite scenes when Cooper visits Kiera’s classroom for the first time.

Just when Kiera was about to tell the children to get back to work, a little boy sitting in the back of the classroom slowly raised his hand. She hid her surprise. Frankie was small for his age and wasn’t making much progress. He was very reluctant to sign and hadn’t made any friends in the class since he’d been there. He frequently resorted to pushing the kids in his class when he couldn’t understand them or when he wanted his way.

Kiera knew his attitude was a result of his tumultuous home life and starting in a new school and her heart hurt for him. Frankie’s father was excited about the chance for his son to be in the special school. They’d moved down to Riverton from Los Angeles for a fresh start after a contentious divorce. His ex-wife was a drug addict who was deemed unfit to have custody of their son. Until recently, she’d been allowed to have supervised visitations with Frankie, but after slipping away from the court-ordered supervisor and taking Frankie to the mall to a drug drop, she’d had all parental rights stripped from her.

Kiera understood that the little boy was probably having issues dealing with all the upheaval in his life, but it had been two months since he’d started school and he wasn’t getting any better. The fact that he’d engaged enough to raise his hand and ask a question was almost a miracle at this point.

She pointed at the skinny boy and signed, “Yes, Frankie?”

He mostly used the alphabet to spell out his question, but it was understandable, if not painful to wait for him to get through.

Kiera swallowed and flicked her eyes to Cooper before repeating the question for the rest of the class. “Frankie asked what his tough military friends thought of Cooper using his hands to speak in such a sissy way.”

A few of the kids gasped and whipped their heads around to gaze at Frankie with wide eyes. Kiera hadn’t realized that was what Frankie thought of sign language. It was as heartbreaking as it was shocking.

Bless Cooper, he didn’t even blink at the question. He got up and went over to where Frankie was sitting. When he got there, he sat on his butt and awkwardly crossed his legs. Then he proceeded to blow Kiera’s mind.

He used mostly finger spelling, as Frankie had, and not once did he look to Kiera for a sign. “My friends are jealous that I have my own secret language. Believe it or not, Frankie, my team had our own hand signals for stuff. This,” he made a movement with his hands that Kiera didn’t recognize, “meant danger. And this,” he did it again, making another sign that clearly wasn’t American Sign Language, “meant bad guy ahead. I don’t know who told you that sign language was sissy, but it absolutely isn’t. It’s cool. The coolest thing I’ve ever tried to learn. I can talk to you, your classmates, or Ms. Hamilton, and people who aren’t deaf can’t understand me. It’s like being an undercover spy right under people’s noses. I love knowing a secret language, even if I’m not very good at it yet.”

If Kiera hadn’t been watching Frankie carefully, she would’ve missed it, but his eyes got big and she could literally see the knowledge that a big, strong man like Cooper thought sign language was cool sinking into his psyche.

She’d tried for months to get Frankie to show an ounce of interest in anything she did or said, to no avail. But with one painstakingly finger-spelled answer, Cooper had somehow bonded with the young boy in a way she’d rarely seen before.
Swallowing hard so she wouldn’t burst into tears, Kiera waved her hand in the air to get the children’s attention. She sighed, “Now that we have all met Cooper, time to get back to your lessons.”

The kids all nodded and shuffled back to various places around the room with their tablets. There were beanbags strewn around the classroom, as well as small couches, and big fluffy rugs… more than enough choices for the children to settle in comfortably somewhere.

She looked over at Frankie and Cooper and caught the tail end of Cooper’s question to the little boy. “…me sit with you while you read?”

Frankie nodded his head and Kiera watched in awe as Cooper and her troublemaker student shifted so they were sitting facing each other, knees touching, with the tablet off to their right. Frankie reached out and turned it on, activating the story he’d been reading before the interruption.
Stoker, Susan. Brotherhood Protectors: Protecting Kiera (Kindle Worlds Novella) (SEAL of Protection Book 10) (Kindle Locations 485-521). Kindle Worlds. Kindle Edition.

While Kiera had struggled not to cry I didn’t have the same luck. Get your tissues you’re going to need them. Now none of these SEALS have had an easy time with love and Coop’s no different. Hold onto your kindle and get swept away into this story.

Once again Susan has hit on problems in today’s world and done it with finesse and tact. 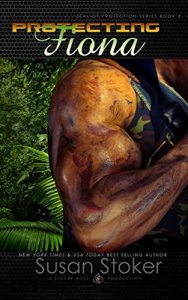 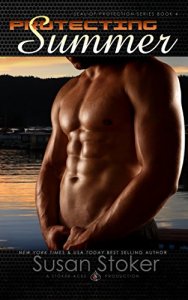