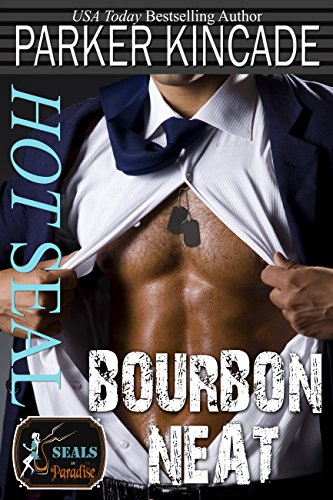 A Navy SEAL walks into a bar…

Brooke Ramsey loves everything about the Midnight Bay Beach Resort on Grand Turk Island, her newest account and benefactor of her two-week, all expenses paid “workcation.” The sun and sand were her idea of heaven. Until an altercation with a drunken guest brings her face-to-face with her past.

The last person Navy SEAL Asher “Knots” Dillon expects to see being harassed in the beachside bar is his ex-hookup. Eight years ago their one-night-turned-one-month stand rocked his world. Would she be up for a repeat?

Asher is on leave escorting his mother and sister to beautiful tropical Grand Turks Island. There was no way he’d let the two most important people in his life leave the US without protection. His idea of a vacation is the mountains, no ocean, no sand. He’s seen enough of that lately.

Brooke is at the gorgeous Midnight Bay Beach resort, coincidentally where Asher and his family are staying. She’s there to create an ad campaign that her boss can’t steal away from her and hopefully land the other resorts in the chain as clients. She didn’t expect to run into the man who stole her heart eight years ago, or the circumstances under which that meeting would occur.

“Look…” The woman’s voice was a mixture of exasperation and annoyance.

“Look, Brett. I appreciate the offer, but I really must decline.” The last words were annoyingly polite, but pushed through clenched teeth. “I don’t have time for this. I have work to do and my, um … my boyfriend will be here any minute.”

With a strike worthy of a cobra, Asher’s hand engulfed Brett’s forearm. He squeezed in just the right spot and…

“Ow! What the hell man!” Brett’s fingers shot open, releasing the woman with a reflexive jerk.

“I do believe the lady said no. If you’re unfamiliar with the word, I’d be happy to give you a crash course.”

Seemed frat boy hadn’t bought her boyfriend story either. Asher released the kid with a little shove. “I’m the guy who’s going to beat your sorry ass to a pulp if you don’t step off.”

Asher caught movement from the asshole table and raised a palm toward Brett’s buddies. “Stay where you are,” he commanded, the transition from beach bum to SEAL as easy as breathing. “You don’t want any of this.”

Surprisingly enough, they heeded his warning. Seemed Brett’s friends weren’t as dumb as their buddy.

With the immediate threat averted, Asher finally turned his attention to the woman standing next to him. Eyes the color of frosted sapphires met his. His lungs heaved as recognition hit like a two-by-four to the gut.

He would know those eyes anywhere. They’d been haunting his dreams, his fantasies, for years. It was her. Brooke Ramsey. His partner in a one-night stand that lasted for a glorious, sex-filled month. God, what had it been? Eight years?

While saving her from a drunk frat boy may have gained him some points, it certainly wasn’t enough to wipe away eight years of not a word. His excuse of ‘he’s a SEAL and can’t give her what she deserves’ isn’t cutting it either.

There are some ‘Holy Crap’ moments in this book I did not see coming and the relationship also takes some very interesting turns.

Laugh out loud moments, combined with loud exclamations of Damn, accentuated about every other page.

Fun, sexy, with awesome surprises. Don’t miss this addition to the SEALs in Paradise Series. I will definitely be reading more of Parker’s books. 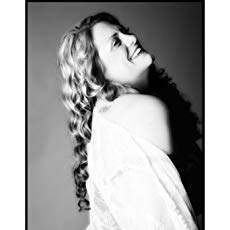 Parker lives in the Southern United States. She loves to read, play golf, spend time with her family and friends, snuggle with her beloved boxer, ice cream from the ice cream truck, and watching old musicals.