Love Beyond Lies
The Outsiders Book 8
By
Rebecca Royce

With the fate of the universe on the line, the Outsiders have reached the final battles.

Colin loves Gia beyond reason–she is his soul mate–but he has never understood her. Misunderstandings have lasted for thousands of years. Can he show her that he is the man she needs him to be?

Gia has never cared what anyone thought about her, except for Colin. Lies have torn what should be their solid bond apart. Can she make him see what they have is eternal before everything that is good in the universe disappears?

I love the complexity of this story. It’s not just about Sebastian, it’s also his parents and siblings that are a problem. Sebastian himself is a very selfish demon and thinks he can win it all by helping the outsiders. Well sort of anyway.

There are still problems with Alexa and Leonardo but that’s another book.

In this one Colin finally catches up to Gia. Only to find out that she has been avoiding him. It seems something happened in one of the previous lives that has followed her to the present. Colin also has some issues regarding his feelings that are totally messed up.

He was sick of the lies. Sick of the unsaid. Sick of the destruction he left in his wake everywhere. “I always mean to do the right thing.” She rocked back on her heels. “Of course you do.”

“And I love you. I’ve always loved you. I know…” He cleared his throat. There was a reason he’d gone millennia without speaking these words. “I know that you don’t love me. I know I started us out by forcing this on us and that we’re both living with the result of that. If we can manage to live through this, you can have a break from me on the other side.”

She shook her head. “What in the universe are you talking about?”

“Don’t make me say it again.” It was hard enough the first time.

“I don’t love you?” She took a step toward him. “Colin, for the sake of all things, what are you talking about?” By the time she got to the end of her sentence, she was shouting again.

He sighed. “We both know why we were paired as soul mates. It wasn’t because you had some grand feeling about me, or that you suddenly felt as though we were supposed to be together. I shoved you over. And not only that, but I…”

He sunk to the ground. Sometimes things were just… hard. “Yep. Then. I can fight anything. I can battle even Sebastian in his non-corporeal form, it would seem. Only I can’t battle the truth. Things don’t go the same with us as everyone else, because we weren’t supposed to be together. Oh, we have some stuff in common for sure. We both wanted to battle evil when we volunteered for this. I’ll always be glad we did this. But let’s face it—”

Gia slapped him so hard across the cheek he jerked off-balance and landed on the floor, flat on his back. She stood over him and pointed her finger at him a second later. “How dare you? How dare you take everything we’ve been through together—the thousands and thousands and thousands of years together and reduce it to nothing? To a mistake? Are you out of your mind? Of course, you’re my soul mate. Of course you are. You belong to me. We don’t do things the way others do because we’ve always had a little bit of a different path. It is not because I have someone else I’m supposed to be with.”

She very rarely cried, yet right then big tears streamed down her face in a way he’d never seen before. His cheek stung, but he didn’t care. He’d felt worse. She’d never hit him before either. “Gia—”

“Colin…” She didn’t let him finish. “Have you been carrying this bullshit around in our relationship this entire time?”

“I…” He really had no idea what he should say to her in this moment. “Maybe you love me. Maybe you have grown to love me, but not the way that you would if we had been fated for each other. I’m not even sure I should be here. I think something went wrong in the process of making Christophe.”

She rubbed her eyes. “You are my soul mate, Colin, and I love you so completely that it is like you are stabbing me in the gut right now. All of this time I have tried so hard to figure out why you sometimes look at me the way that you do.”

He really had no idea what she meant. “What?”

“Like you’re sad. Like I’m causing you so much pain. I’ve tried to figure out over and over again why you don’t trust me.”

Now there she was wrong. “I do trust you.”

“You don’t because if you did you would know that I mean the things that I say to you. I knew you were my soul mate that day. I’d known it from the second you walked past me. That’s why I was standing there. You hadn’t said a word to me. I didn’t know what was happening. I kept following you around, waiting. I figured you would get around to it whenever you got over the shock of finding me and then there you were—saving my life. Why would I have said you were my soul mate if you weren’t?”

His heart pounded so hard he could hear it in his ears. “So you wouldn’t be sent away to stop existing?”

“I’ve got news for you, darling, no one was sending me anywhere. I’d like to see that crotchety old soul try to take on either one of us. And as for that ridiculous statement about Christophe, I don’t even know where to go with that. I love your brother but he is not some better version of you. You’re mine. How dare you not know it after all this time?
Rebecca Royce. Love Beyond Lies (Kindle Locations 737-768). Kindle Edition.

Colin and Gia have much to reconcile but so do all the others. This book is as enlightening as it is dark in the face of the beginning of the end.

I really can’t wait for the next book in this series! 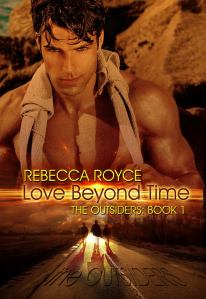 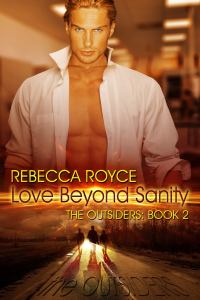 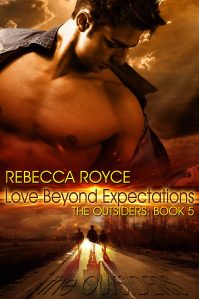 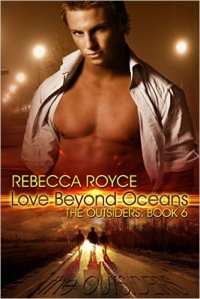