A four man unit brushes up against Mason and his ‘Keepers’ unit. Sparks fly from the beginning as not one of the men are looking for romance. But there’s no choice – cupid has a soft spot for SEALS and he’s lined his sights up on Devlin next. 🙂

As part of a group helping to training Afghan soldiers, Devin is doing additional training on how to use the latest drones. But when a murder is committed on the base and suspicion is thrown on the drone’s designer, he can’t stop himself from helping her. When they return stateside, another employee in the same company is murdered. Once again suspicion falls on the designer. And as tension climbs, Devin wonders who will be next…

Bristol didn’t want to take her latest drone models to Afghanistan, but she was behind schedule and her bosses were pushing.

Then disaster strikes, and she’s the one everyone blames. She loses her research and her best friend, and now she’s determined to find out who did this… no matter how dangerous it is.

The killer isn’t done. He got what he wanted but there’s more that he needs… and he’ll kill to get it. After all, it wouldn’t be the first time…

Nothing like a fire to disturb a Military encampment. One that has a body.

Devlin and 2 others from his team as well as Mason four of his men are here for training on some new drones. Devlin is particularly interested in talking to the engineer who designed them.

Bristol is on a deadline, one that has been seriously impacted by this training. The company buying her drones insisted on this exercise and refused her the time off, so she was working on the project as well.

Devlin has been by her side since she identified the body as that of her friend and assistant Colleen. Mason also gets involved since she is one of Tesla’s best friends.

This is a favorite scene as Brett, one of the company’s representatives gets involved in her being questioned by the MP’s.

Bristol stood tall and straight in the center of the tent. She was not offered a chair. Not a good indication.

“I believe you gentlemen have some further questions for me?”

Several MPs sat at the table on the far left side with Bristol in the middle of the room. Others stood to the right, watching the proceedings, almost like a trial. Devlin had no problem taking two steps to stand at her side. The man in the middle seat looked up at her, his gaze hard and cold.

“There’s been some discrepancy between your statement and that of someone else.”

“And whose is that?”

“We’re not at liberty to say.”

“And yet I’m being judged and not allowed to face my accuser?” She kept her voice cool. “Gentlemen, I have not lied in any way, shape, or form.”

“And yet you led us to believe all was well at your company.”

Her eyebrows shot up. “At my company it is. If you’re asking about at ENFAQ Ltd., that’s a different story. You never asked me about the atmosphere or the relationship between me and that company. So I’m not sure where you assume that answer is from my lips.”

The middle MP lifted a sheet of paper. “It says here you were, indeed, asked that question, and you said you were perfectly happy at the company, and, as far as you knew, there were no problems in terms of working relationships there.”

She held out her hand. “I’d like to see that please.”

He handed her the statement.

She looked at it, then snorted. “Are you telling me that you can’t see this is a different handwriting from up above? My signature on the bottom, when I wrote that, did not have that paragraph included. And besides, I would’ve been happy to tell you what the working atmosphere was like between me and the company. And it’s … tense.” She stepped back and crossed her arms.

The MP looked over the sheet of paper and said, “That’s a serious charge, to say somebody altered your statement.”

“I don’t care how serious a charge you think it is. That statement was added after my signature.” She glared at him. “Therefore, anything you say or do at this point will be suspicious, and as such, you have a problem on your side of the bench.”

The men seated at the table put their heads together.

“I’d like to face my accuser myself.” She turned her gaze, zooming deliberately to a man standing on the right side. “Brent, could you please answer that?”

The man Devlin had met earlier straightened and glared at her. “Answer what? You’re the one being interrogated.”

Her eyebrows matched her lips in a sneer. “And how is it that I’m being interrogated? My friend was murdered. My research was stolen. Did they look at you for that?”

He cast a look around in shock.

“How could you possibly blame me?”

“And yet you apparently have no trouble blaming me.”

“I didn’t. I just said they should look at you a little closer.”

“Which is blaming me.” She turned back to the three men watching the conversation avidly. “What you need to understand is that the research was mine. I’m under contract to the company, but I own that particular project until it’s completed and handed over. He essentially owns it upon completion. It is not completed.”

“But it should’ve been,” Brent said in frustration. “You’re behind schedule.”

She snapped, “Yes, but I still have ten days left on the extension. Ten days. That’s it. And why is it that I’m behind? Because you didn’t supply the help you promised and indeed, are contracted to, nor the materials you were also contracted to.” She stood in the middle of the room and tapped her foot on the floor. “To tell them to examine my motives for losing my own research is just too unbelievable.”

“Well, as it’s insured, and if you’ve lost it, there would be a huge payout, it makes sense.”

“If my software doesn’t work, my name and reputation go down the drain.” Her glare deepened. “And, of course, if I don’t make my deadlines—”

“With a thirty-day override still counting down, of which I have ten days left,” she added in a hard tone. “Then I owe you a percentage of the contract for every day I’m late. But it’s not to that point yet, as I still have ten days to complete it.” She snorted and waved her hand. “However, my research is missing, my assistant has been murdered, and I am in real trouble of meeting my deadline. That means I’ll pay a hefty penalty, even though I did all the work.” She took a deep breath. “So in what way in hell would murdering Colleen, my friend and assistant, and losing my research help me?” She lowered her voice to a lethal softness and added, “If anyone here benefits from this nightmare, it’s you.”
Mayer, Dale. SEALs of Honor: Books 11-13 (pp. 227-230). Valley Publishing Ltd.. Kindle Edition.

This is only the beginning and I love how so many SEALs come together to help Bristol.

Devlin is now finding the meaning of Mason’s ‘Keepers’ and he only had a brief encounter with that team.

Plenty of tension as their investigation turns up more and more issues, lots of suspense and intrigue as well. Bristol and Devlin manage some romance and the heat definitely flames up in more ways than one.

I love this book and this series. I am starting the next book now. 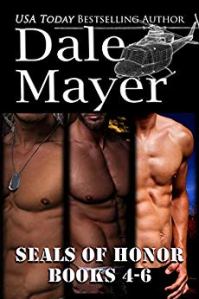 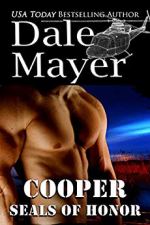 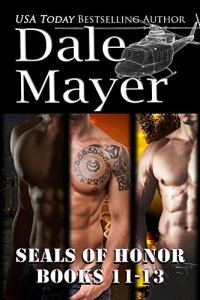 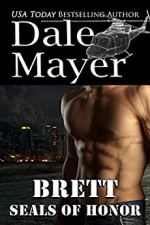 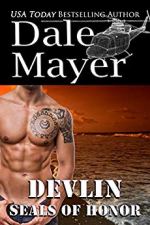 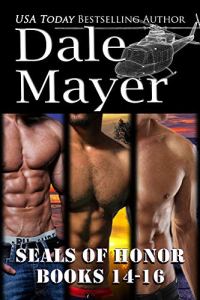 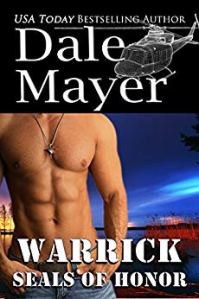 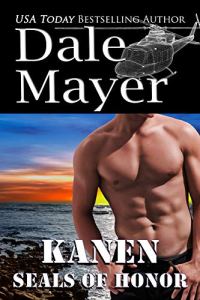 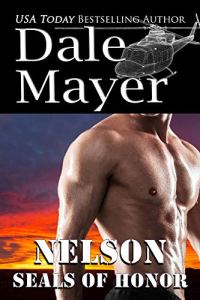 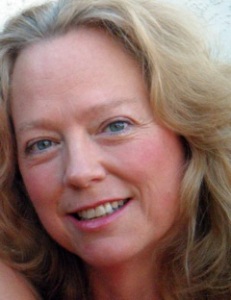