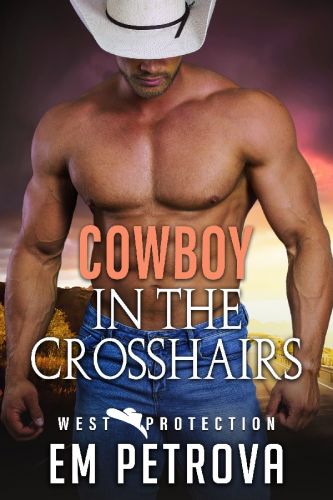 Cowboy in the Crosshairs
Series
By
Em Petrova 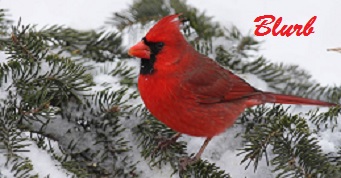 They’re total opposites.
That doesn’t mean he won’t lay down his life for her.

Silas Shanie is ready for action. Now that his medical leave is over, he’s more than capable of being back on the WEST Protection team. His first assignment? Easy. His new ward? Not at all. But he’ll keep the gorgeous, shallow heiress safe because it’s his job. He doesn’t have to like her. Except…he does. Maybe too much.

Ignoring her father’s orders is the one luxury Windi Wray doesn’t have. So, she’ll let him hire a bodyguard for her. But having the sexy cowboy he chooses trail her to Mexico is very inconvenient. Nobody knows about her humanitarian work, and she’d like to keep it that way. It’s just her luck that Silas sees everything—even the parts of her heart she’d rather keep hidden…

But when Windi finds herself in the crosshairs of a dangerous enemy, Silas will do anything to protect her. He’s sure that with luck, skill, and his team’s support, he can get them both out alive. His heart, though…well, that might already be lost… 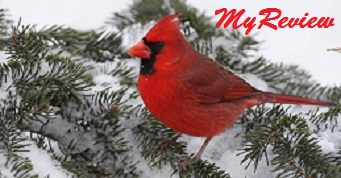 Silas Shanie was really looking forward to getting back to work. At least he was until he got his assignment. Being the bodyguard for Windi Wray, the ‘Darling of New York’ wasn’t going to be easy for him. Silas loves the outdoors, wide open spaces and quiet, New York City is none of those things.

Windi Wray isn’t happy when her father hires a bodyguard for her. She needs to sneak away to her very undercover humanitarian project. Since her father isn’t going to yield on his decision, she’s going to have to take Shanie with her.

When Shanie realizes, they aren’t going to Cabo, he’s more than a little upset with her. He has no idea where they’re headed or what Windi is up to. He’s also not armed to protect her against the militants that show up.

Fact was, she didn’t want people to know about her humanitarian work. Things like that were elevated in the media but made fun of by real people. They claimed people in the public eye like her only did charity work as a tax write-off or to get more Instagram followers.

She wasn’t about that.

Shanie took the bend at a fast clip, rocking her sideways in her seat. She clung to the armrest until they emerged from the turn and straightened out.

He started speaking as if only seconds had passed since they last exchanged words. “Are you here to meet a guy, Windi?”

“Several of them,” she answered in all truthfulness.

“Damn,” he muttered under his breath.

The intersection came into view. She pointed at the road. “Go straight here.”

“I have a good memory.” She ignored his salty tone. “You’ll drive about half

a mile and you can’t miss the village.”

He jerked his head over to pierce her in his stare. “What village?”

“Star,” he interrupted with a wave at the sky peeking above the trees they drove out of as they sailed through the intersection. “I can see why.”

The moon crested high, a sliver of light that complemented the millions of pinpricks strung across the velvety sky. Windi sucked in a breath of the air, filling every corner of her lungs with freshness and vitality, falling in love with this place even more.

The small shack-like structures that belonged to the villagers came into sight. Both she and Shanie leaned toward the windshield. The headlights panned across a row of homes the size of her bathroom back home.

Being here always humbled her. Made her remember how privileged she was, and how good people were no matter what her status. In Estrella, no one looked at her like she was a rich bitch. They enjoyed her company and took her offerings of food, clothes and money with smiles that lit up her small, dim world.

“Pull over there, beside the building on the end,” she said.

Shanie did as she asked. He parked but didn’t cut the engine.

The doors of the homes opened and people poured out into the dirt street. Windi took off toward them before Shanie could order her otherwise. His loud groan followed her out of the Jeep.

“Windi! Windi!” Small children clustered around her, and she grinned down at each of them, greeting them by name, ruffling their hair and hugging them.

“Oh, I almost forgot!” She strode back to the Jeep and grabbed the larger of her two bags. A little girl and her barking dog bounced along beside her all the way back to the growing group of people who’d come to welcome her.

“What do you have for us, miss?” A little girl named Sofia bounced up and down like a pogo stick spouted Spanish so fast that Windi had a difficult time catching up.

Windi cast her a big grin and unzipped the bag. When she held it over her head and dumped the contents out, raining it down on the street, squeals of delight sounded around her.

The kids snatched at the candy and other things like vitamins, soap and toothbrushing kits. When the very last item was scarfed up, Windi dropped the bag.

“What the…” Shanie’s soft voice sounded from behind her, where he stood doing his duty.

One woman approached her and threw her arms around Windi in a big squeeze. “Bless you, miss.”

Windi planted a kiss on her soft round cheek. “Bless you too, Maria.”

The growl of an approaching engine had all the people in the street staring toward the sound. When a pair of bright headlights shined over the group, many took off back to their houses.

Shanie threw himself in front of her. “Stay behind me,” he gritted out.

Her nerves kicked in. This was the thing she’d feared encountering on the road. The big truck braked in front of them, dust flying around. Men toting rifles sat in the open back. As soon as the truck stopped, the doors opened and more men jumped into the street.

“Who are you?” Shanie’s strong voice rang out loud and clear, a challenge. He reached for his weapon.

Windi’s breath came faster. The local group calling themselves the “militia” wasn’t here to pick up some new toothbrushes and granola bars. No, they wanted her gone.

These guys worked for her direct enemy.

She stepped out from around Shanie and faced them down. Anger boiled in her veins. “Go away! You’re not welcome in this village,” she shouted in Spanish.

Shanie’s big, bulky spine popped in front of her face again as he stepped between her and the men she was willing to go down fighting for her cause.

She sidestepped, but he swept out an arm, shoving her back again. “What are you doing?” she burst out at him.

“Protecting you. Now do as I say and stay behind me.” His rumbling tone hooked her in the gut and sent shivers to all corners of her body. She recognized that her bodyguard was big and tough, but this was her first glimpse of how lethal he could be in a bad situation.

Except he didn’t know just how bad it was—she hadn’t told him. And now there wasn’t time. They had to find a way out of this fast, before things escalated and got further out of hand. The last thing she wanted to be was another statistic on the wall of a foreign embassy, a woman gone missing.
Em Petrova. Cowboy in the Crosshairs (Kindle Locations 691-738). Kindle Edition.

After an initial confrontation with militia that they are rescued from by the village Abuela, things begin to heat up between these two.

They need to get to the city for her meeting with government officials, but she didn’t expect to flee from the village with nothing but the clothes on her back.

This book is fast-paced, action-packed, and romantic with plenty of sizzle and surprises. 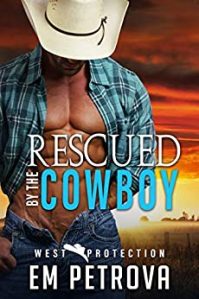 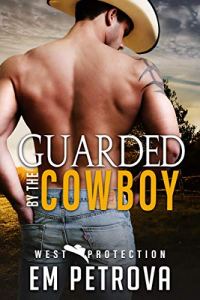 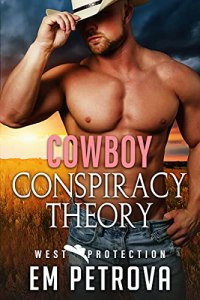 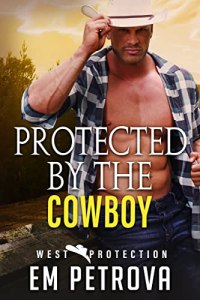 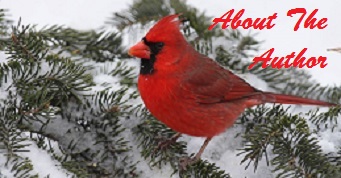 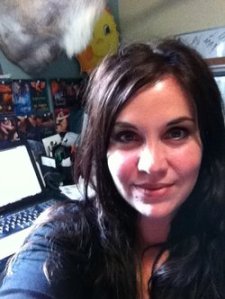