Welcome to Silver SEALs!
The New Wave From The Suspense Sisters!

Retired silver fox US Navy SEAL Commanders who sign on with the Department of Homeland Security to lead missions to protect the homeland.

After nearly thirty years of active duty, retired US Navy SEAL Commander Gabriel Michaels has finally found peace. No tangoes, no red tape, no women — just his rifle, his fishing pole, and his loyal coon hound on a pristine piece of lakefront heaven.

But when the Assistant Director of Homeland Security asks for his help, he can’t say no to his old friend. Especially when the stakes are so high.

As a single, mature, working woman, Virginia Miller’s life isn’t exactly filled with suspense and intrigue. Her job as administrative assistant to one of the wealthiest men in the free world means her days involve a lot of work and little time to play.

That all changes when her boss goes missing and she suddenly finds herself in “protective custody” with the most infuriating man on the planet. Not only does Gabriel believe her employer is a traitor to their country, but that she’s the key to taking him down.

The most ironic thing of all is… he’s right.

When Silas Branson intrudes on his serene, private life, Gabe Michaels knows he will help out, even though he verbally denies it. Finding the son of the man responsible for the deaths of his team members could possibly lead to the connection to stop the arrogant extremely wealthy Darius Kristikos. Gabe is a package deal though, his dog Fred goes with him or it’s a no go.

Cristos Kristikos has gone missing, seemingly vanished without a trace. His personal assistant Virginia is worried, at the very least he texts her to let her know he’s okay when he pulls stunts like this. Not this time and that’s cause for concern. It’s also putting a lot of stress on Virginia, she’s the only American on his personal staff and even after ten years she’s considered an outsider to Greek staff.

Gabe begins this investigation by interviewing the staff, he is not impressed with them, it all seems rehearsed, precise and they really don’t seem concerned at all. That is until he meets with Virginia Miller.

Aware of Commander Michaels’s assessing gaze, Virginia moved across the office to the small sitting area, where two matching loveseat-sized sofas faced each other with a coffee table between them. She preferred the casual, friendly feel the setup provided, as opposed to the usual impersonal office chairs.

“Thank you.” He did, selecting the seat opposite hers. She was glad she’d had the foresight to brew a fresh pot of coffee after lunch and snag some snacks from the kitchen. Knowing Gregory, he’d instructed the staff not to offer the commander lunch, probably hoping it would see him on his way faster.

“May I offer you some water or coffee? A light snack?” she asked, indicating the tray that held a carafe, two mugs, and a small plate of finger foods.
“Coffee would be great, thanks,” he replied. She poured them both a cup. “Black?” she guessed, to which he nodded. She added light cream to hers. After a moment’s thought, she tipped the bowl of cut fruit onto a plate and filled it with water from the pitcher and put it on the floor for Fred.

“That’s very kind of you, thank you.”

Virginia looked up, drawn in by the intensity of those green eyes once again. They were the eyes of a man who had seen and done a lot of things in his lifetime, not all of which were pleasant. She felt an instant connection with him, kind of like a kindred spirit.

Was that a trick of the light, or had the stern-faced commander’s lips twitched? “I think he was hoping you’d ask.”

She laughed softly and offered Fred a cookie. He took it gently, the short whiskers along his muzzle tickling her fingers. “Such good manners,” she praised, then summoned her courage and turned back to her human guest to find him studying her. What exactly did he see when he looked at her, she wondered?

“So, Commander Michaels, you’re going to help us find Chris?”

Clearly, the dog wasn’t the only one with good manners. After dealing with Gregory and his ilk for so many years, such civility was a refreshing and most welcome change. She began to relax. Perhaps other things would be different, too.

“Excellent. How can I help?”

She slipped Fred another cookie, then sat back, crossed her legs, and lifted the mug to her lips. For a moment, his eyes followed the movement before rising to meet hers. A small frisson of pleasure ghosted over her. It had been a long time since a man had looked at her legs with such interest.

She smiled, suppressing a shiver at the way his deep, rich voice rolled through her. “All right. What do you want to know?”

He extracted a small notebook and pen from one of his many pants pockets, back to being all business. “You are Christos Kristikos’s personal assistant, is that correct?”

“How long have you worked for him?”

“About ten years, give or take.”

“And you live here at the estate?”

“Well, it certainly makes for a nice morning commute.” She smiled.

He didn’t return it. His eyes flicked toward the wedding photo. “Does your husband live here, too?”

He wrote that down. “What are your responsibilities?”

“Among other things, I handle Chris’s personal correspondence, make his appointments, and ensure he knows where he’s supposed to be and when.”

The commander stopped writing, his eyes lifting and narrowing. “You call him Chris? Not Mr. Kristikos?” His tone hadn’t changed significantly, but it sounded more like an accusation than a question.

“Would you say you are on familiar terms, then?”

The corners of his lips turned downward as he lowered his head and went back to scratching in his notebook. “I see,” he said, but she was beginning to think he was not seeing things properly at all. In a matter of minutes, that initial sense of connection she’d felt had degraded, replaced by a deepening sense of unease. Virginia shifted slightly and sipped her coffee, hoping she was wrong.

“Ms. Miller, do you know who your boss was meeting the night he disappeared?”

“Do you know what the meeting was about?”

“Yet, you are his personal assistant.”

“Yes, I am, but what you must understand is that Chris is a—”

“Yes, a very private man,” he interrupted, his voice sharper than it had been. “I’ve heard. But as his PA, I had hoped you might be able to provide something more useful than that.”

She blinked, considering him for several moments before she spoke again. His green eyes had gone from intense to accusing now, too. She uncrossed her legs and leaned forward slightly.

“Why don’t you ask the real question, Commander?”

“Am I sleeping with my boss?”

His expression didn’t change. “Are you?”

A wave of disappointment crashed over her. “Not that it’s any of your business, but the answer is no, and I don’t know why you would think otherwise.”

He closed his notebook and put it back into his pocket. “Let’s be honest, Ms. Miller. You don’t exactly fit the standard Kristikos qualifications for employment. Not judging here, but—”

“Aren’t you?” she said quietly. “You come into my office, ask me a few questions, and think you have enough information to form a conclusion like that? You don’t. Not even close. Chris isn’t my lover, Commander. He’s family.”

She could tell by his face that she’d shocked him, but it did little to stem her disappointment. Apparently, she’d misjudged him as much as he’d misjudged her.

“Excuse me, did you say you and Kristikos are related?”

She thought about telling him exactly what he could do with his questions, including where he could shove them, but this was not about her. This was about finding Chris. Preconceived, misogynistic notions or not, Gabriel Michaels was still her best hope of doing so. More importantly, she wanted him to understand. She didn’t want him to view her through the same filter everyone else did.

She took a deep, calming breath and called upon years of practice, shoving her personal feelings into the background. “Chris and I were—are—close, but not in the way you think.”

She set her coffee down and rose to her feet, pacing to release some of the restless energy that came with her irritation. Part of her resented the fact that she felt compelled to explain when she should have just shown him the door.

“Many years ago, my husband and I took his mother out to dinner to celebrate her birthday. On the way home, we were involved in an accident. The roads were icy, and we lost control. Robert was killed instantly.”

“It was a long time ago.” She paused at the French doors, wrapping her arms around herself. “His mother survived the crash, but lived only a few days. I woke up a week later in a private hospital, with no memory of the accident and months of rehabilitation ahead of me. Eventually, a man came to see me. He told me his name was Christos Kristikos, and that he would be assuming all financial responsibility for my recovery.”

“Why would he do that?” the commander asked suspiciously.

“That’s exactly what I wondered, too. That’s when he told me that my husband, Robert, was his brother.”

Virginia’s connection to the Kristikos family is a bit of a shock to Gabe but it’s not going to be the last surprise either.

So many roadblocks with the staff, a mysterious possible asset among the staff, plenty of twists and turns as this story unfolds. Certainly a most interesting outcome.

I couldn’t put this book down, the story line while in sync with the series is very different. 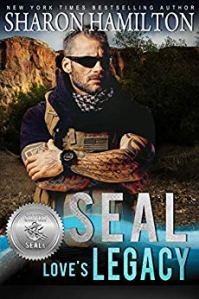 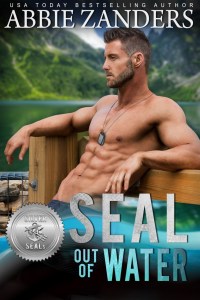 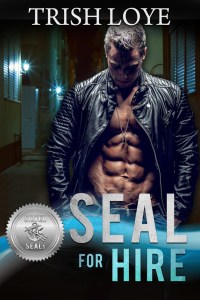 Abbie Zanders is a wife and mother of three (including a set of identical twins), born and raised in the mountains and valleys of Northeastern Pennsylvania. She has a degree in Computer Science with a minor in Mathematics. Though she has spent the last 25+ years developing financial software for healthcare-based companies, she has also held second jobs as a pub waitress, a restaurant dessert baker, a secretary, and a bread shelf stock girl.

A voracious reader, she carries both a Nook and a Kindle with her at all times, as well as several mini-sized notebooks to jot down ideas when inspiration strikes. Writing is a life-long pursuit; it began somewhere in elementary school when she used to secretly draft scripts for then-popular TV shows, writing herself in as a main character, of course. Things have changed a lot since then – she now focuses on love stories for mature audiences – but her passion for writing remains the same.

She is both grateful and honored to be able to share her stories with those having a similar penchant for love stories, and promises her readers two things: no cliffhangers, and always happily ever afters.