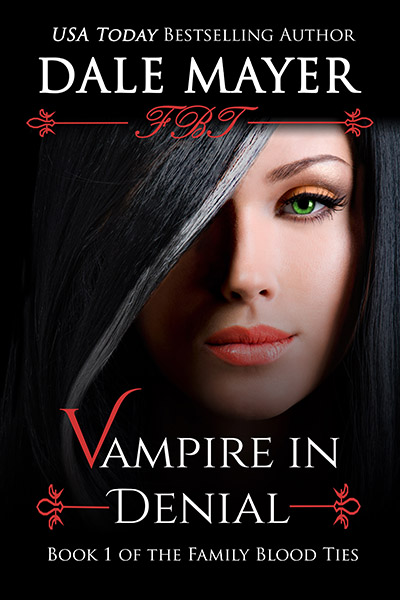 Blood doesn’t just make her who she is…
it also makes her what she is.

Like being a sixteen-year-old vampire isn’t hard enough, Tessa’s throwback human genes make her an outcast among her relatives. But try as she might, she can’t get a handle on the vampire lifestyle and all the…blood.

Turning her back on the vamp world, she embraces the human teenage lifestyle–high school, peer pressure and finding a boyfriend. Jared manages to stir something in her blood. He’s smart and fun and oh, so cute. But Tessa’s dream of a having the perfect boyfriend turns into a nightmare when vampires attack the movie theatre and kidnap her date.

Once again, Tessa finds herself torn between the human world and the vampire one. Will blood own out? Can she make peace with who she is as well as what?

Tessa is part human and her vampire side appears to be the more recessive gene. She goes to a human school but does take some classes at the vampire one. She can walk in daylight and doesn’t exhibit many vampire traits. At least she doesn’t until a date goes terribly wrong.

There are two men that will play an important role in this book. The first is Jared who was walking her home when the vampires attacked. They leave her injured and take Jared.

Jared spoke up for the first time. “I saw one of them. I saw his face. God, he looked pretty freaky. He also looked pissed.”

“How did you see him and I didn’t? We were together the whole time.” Tessa couldn’t help feeling disgruntled.

Jared reached out a gentle hand to stroke her arm. “When we were running out of the theater. I caught a glimpse of his face as he passed us.”

“Would you recognize him?” Tessa asked curiously. She hoped not.

Shit. Her stomach bottomed out. If the vampire in question understood that he could be identified, then Jared wasn’t safe. All vampires knew breaking the treaty was bad business. The Vampire Council wouldn’t take this lightly. The Council was very aware of their responsibility to look after humans – the weaker species. Considering how much these vampires were risking, she could only imagine what they’d do to keep their identities hidden.

She and her friends had to get away from here. “Come on, let’s move to a better-lit spot.”

Staying under the halo of light from street lamps, they passed phones around as everyone called for rides. Except Tessa. She didn’t want to talk to her family.

“Tessa, do you want to use my phone?”

“Don’t need to. David should be here soon anyway. I’ll just wait.” She smiled. “Is your mom on the way?”

“Both my parents are coming,” Catherine piped up. “Mom’s pretty freaked out. They want me to stay here.” She spun around as if hoping they’d arrived in the fifteen seconds since she ended the call. “Tessa, are you sure you don’t want a lift? My parents aren’t going to be happy to leave you here.”

“No. If David can’t find me when he gets here, it could set off World War III. Don’t worry. He’s always on time.” Now that the immediate panic had died down, a burning pissed-off sensation filled her. Her perfect evening had ended in a disaster.

She almost wanted the attackers to find her. Wouldn’t they get a surprise? Not that she could say anything if they had found her. None of her human friends knew anything about her vampire heritage. If they had, they’d have run screaming long before now.

They waited under the bright lights as parents came to collect their kids. Each left in a flood of tears and excitement as the story was repeated over and over again. Finally, Jared and Tessa stood alone. She glanced around. “It’s getting late. Are you sure your parents are coming?”

“No. They aren’t,” he said. “I was hoping everyone would leave so no one would have to know.”

“My family is a little different. And I don’t have any parents. I live with my uncle. He figures if I go out alone, then I should be able to get home alone.”

“Then you’re walking home?” Tessa grinned. Maybe this wasn’t such a bad end to her evening, after all.

“So am I. I lied. My brother isn’t coming to get me. Everyone is out for the evening, so no big deal,” she said, glancing down the street in the direction of her home. “I’m heading this way. Where are you going?”

“Down a block, then left for another block. Let’s go. I’ll walk you home first.”

“Such a gentlemen.” With the moon shining down on the deserted parking lot, the recent harrowing scene seemed like a nightmare they could now laugh about. She linked her arm through his as they walked and talked, tickled at the unexpected bonus end to her evening.

Halfway home, she heard another sound. Remembered fear slammed back into mind. She spun around in time to see a wave of blackness cover her. A blow slammed the side of her head, sending her to the ground. She cried out. “Jared, look out!”

Pain exploded at the side of her head for a second time. The world disappeared briefly as blackness surrounded her. Agony clawed through her brain. Groaning, she tried to straighten, hearing the voices around her.

“What the hell! Why doesn’t she stay down?”

Another blow slammed into her, this time catching the arm she’d lifted defensively. Shards of agony slid from her wrist to her elbow. She screamed in a blend of pain and fury. Drawing on her primary heritage, she opened her mouth in fury to scream.

Just like that the attackers disappeared. She staggered to her feet, moaning at the sledgehammer pounding inside her head. She stood, closed her eyes briefly against the throbbing and waited for the world to stop spinning.

Her family was less than helpful other than to call a Council meeting. Tessa needs to find Jared and they way to do that is to infiltrate that meeting to collect clues. She makes some radical changes to her appearance and proceeds do her own version of hunt.

Tessa recognizes one of the attackers and goes to wait for him to leave, it’s then that Cody, her brother David’s best friend finds her. Cody will become very important, not only to the tale but to Tessa as well.

What Tessa and Cody discover is both gruesome and against the human/vampire treaty. Her parents Council member Serus and her mother Rhia both ancient vampires enter this frightening and intense search for Jared. They are joined by their son David, his girlfriend Jewel and a couple other friends Ian, Wendy and Jacob. Cody’s father Goran, another ancient vampire also gets involved. The implications of what happened are reminiscent of another time, another war.

Plenty of intrigue and action as this story unfolds and a possible romance begins with Cody and Tessa in an unusual way.

I’m really glad all the books in this series are out, this cliff-hanger had my buying the next book right away. There’s also a prequel I didn’t see at first, I’m going need that one too. 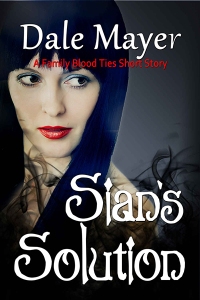 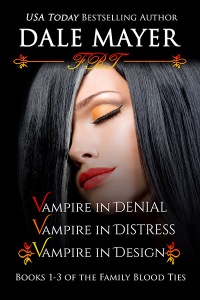 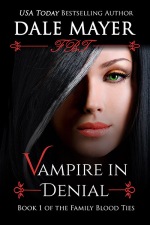 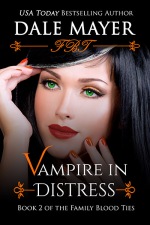 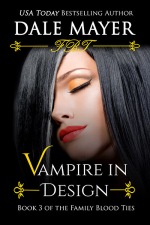 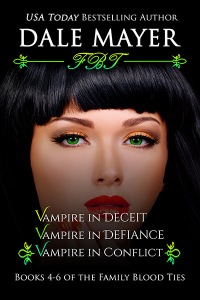 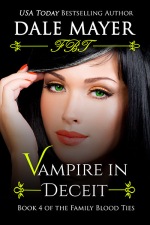 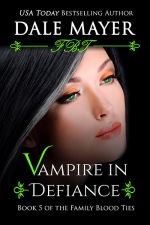 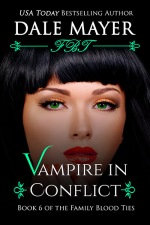 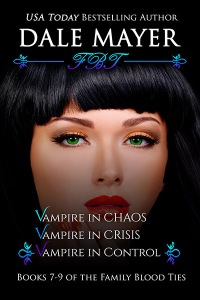 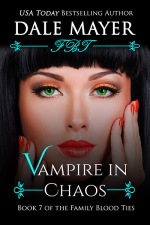 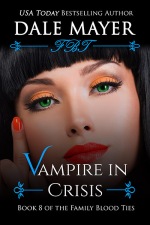 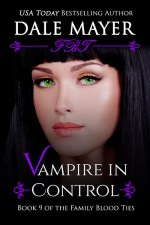 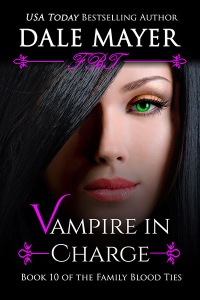